#ShameOnAajTak Rhea Chakroborty says Modafinil was given to Sushant Singh Rajput . Modafinil is not a psychiatric drugs it is a drug it is used to stay awake when someone is drugging you to sleep . Hope CBI , NCB is watching this pic.twitter.com/CWtg5GGWrx

Is this #claustrophobia? You always wanted to fly and you did it and we all are proud of you

Is this #claustrophobia?
You always wanted to fly and you did it and we all are proud of you 😊 pic.twitter.com/5gc2sgyaEK

Even Ankita Lokhande retweeted a video of Sushant Singh Rajput. Sushant has made a list of 50 dreams in which one of his dreams is to fly a plane.

Rhea Chakraborty accepted that Sushant Singh Rajput has opened the company in her name Vividrage Rhealityx. Well, everyone has their opinion. But the thing is the nation wants to know that what happened to Sushant Singh Rajput on June 14th. Is it a suicide or a murder? Hope the truth finds out soon. 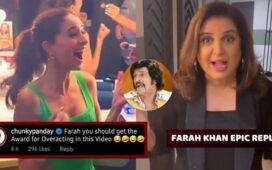