While we’re busy rooting for Team India in India vs Australia series, IPL 2020 auction was no less than a rager. It gave a brilliant and much-deserved end to the year 2019, which was so eventful when cricket is concerned (World Cup 2019). In the auction for IPL 2020, Australian players got their cash registers ringing after a rigorous bidding session in Kolkata in December. Pat Cummins, their fast bowlers came out as the costliest player of this season after he went to Kolkata Knight Riders for whopping Rs. 15 crores. Similarly, many bowlers cashed in a huge amount of money at the auction. With IPL 2020 just lurking around the corner, people like to indulge in fun activities like live betting and odds with 10cric. Some people who have this impeccable skills of match predictions make quite a lot of money with these online gaming websites.

Here is the list of 5 bowlers who earned a fortune at IPL 2020 Auction.

Pat Cummins, the top-ranked Test bowler in ICC Rankings, went to the Kolkata Knight Riders co-owned by Bollywood superstar Shah Rukh Khan. He raked in a mind-boggling amount of Rs. 15.5 crore of his obvious bowling skills. Royal Challengers Bangalore and Delhi Capitals tried to buy the player before KKR put the final call on the deal. Pat Cummins has earned this glory by claiming 32 wickets in 25 IPL matches, which is quite an impressive number.

He said in a video message, “Absolutely pumped to be back on board … Can’t wait to get over there.”

However, Pat Cummins couldn’t break the record of our very own Indian player Yuvraj Singh of being the costliest player in IPL history. Singh was bought for astounding Rs. 16 crore by RCB back in 2015.

The West Indies fast bowler was picked by Kings XI Punjab for whopping Rs. 8.5 crore which is quite a huge amount. He was put at a base price of Rs. 50 lakh and lead to a bidding war between Rajasthan Royals and Kings XI Punjab with Delhi Capitals trying to break the deal. KXIP finally sealed the deal and acquired the services of Sheldon Cottrel at an impressive price. In T20s, for West Indies, Cottrel claimed 30 wickets in 22 matches at an economy of 8.09.

Mumbai Indians and Chennai Super Kings engaged in a fierce battle to acquire Nathan Coulter-Nile in their teams. As a result of the intense bidding war, Coulter went to Mumbai Indians at a super-high price of Rs. 8 crores. The 32-year-old played his last IPL in 2017, which is also the reason why his bidding caused a lot of stir among the IPL fans. Even for the national team, he has been an inconsistent player and was often off-field due to injuries. Talking about Mumbai Indians, they already a great line-up of pacers in their team, now including Nathan. However, it is obvious that Coulter might not get many games to play.

The South African bowler was released even before the auction. However, his astonishing high bidding price took everyone by surprise. No one expected Morris to be tagged at Rs. 10 crores from the base price of Rs. 1.5 crores. Royal Challengers Bangalore acquired the all-rounder in for their squad. The 32-year-old player is equally good in bowling as well as batting. Bangalore really wishes that the Proteas all-rounder brings him luck this time.

The smashing all-rounder from Australia skyrocketed from his base price of Rs. 2 crores to straightaway Rs. 10.75 crores. Kings XI Punjab bagged the deal after battling it hard in the bidding war with Delhi Capitals. The team hopes that the all-rounder replicates his form from the 2014 season where he swept everyone off their feet with his impressive performance.

Do you know, there are many Bollywood movies that are based on Cricket. Slot Games On The Rise In India, Searches For Online Casino Revealed 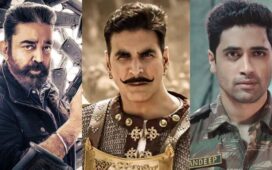 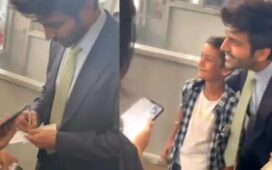