Even The Music Is Copied In Few Songs Hats off to Bollywood, as they have copied 90% of the music as well as the lyrics of the original song.

One of the chartbuster song of 2017 and remade so many times last year featuring Hrithik Roshan and Sonam Kapoor.

The superhit Qawwali of Nusrat has been revitalized multiple times. Recently, the song it was adopted in the soundtrack of Ajay Devgn starrer Baadshaho movie.

The song, Mera Piya Ghar Aaya featured Madhuri Dixit dancing on stage. The song was composed by Anu Malik. Well, people had less idea about the song being a copied one.

The original one was sung by Nusrat Fateh Ali Khan. Besides the music, the lyrics are also similar.

We all remember the song, Kitna Pyara Tujhe Rab Ne Banaya from the movie Raja Hindustani.

It is another Nadeem-Shravan’s song which was actually copied from Nusrat’s collection. 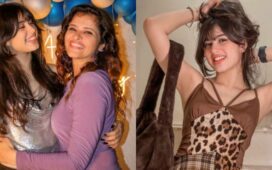