This cool guy needs no introduction as he has risen to fame via his great blockbusters in Bollywood which may be the blockbuster Pati Patni Aur Woh or the emotional hunk played by him in Sonu Ke Titu Ki Sweety. Not only girls but people of all age groups including boys are heard praising him around! And if you have read this far for Kartik, there is no doubt that you will not know about his latest romantic saga Love Aaj Kal featuring Sara Ali Khan, has started breaking box office records and they seem too hungry for more. So today we will get to know some interesting and unknown facts about our cool Kartik Aaryan.

Kartik’s real name is Kartik Tiwari and not Aryan. The reason behind his alias Aryan is anonymous. Kartik’s pet name by which he was often heard getting called is “Koki”.

Kartik is an Akshay Kumar fanboy. He is impressed by Akshay’s motivating journey as a self-made actor that often inspires him.

Kartik’s precision in acting may let you in doubt that he’s a born actor. But the plot in the story is that he’s a BTech graduate in Biotechnology. He gave the exam while shooting a sequel for Pyaar Ka Punchnama.

Kartik is a fabulous table tennis fan and player and it is a big part of his leisure time.

Do you know that Kartik Aaryan is a very good writer? He often loves to write stories. 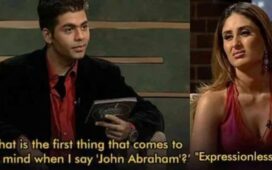