Riteish Deshmukh and Genelia D’Souza are enjoying their happy married life. Both of the actors tied the knot on February 3, 2012. The couple shares outstanding chemistry and leaves no chance to display it in front of the world.

This time the occasion was the fifteenth anniversary of their debut film and Riteish Deshmukh shared a beautiful message on social media.  On January 3, 2018, Riteish Deshmukh took to Instagram and posted a memory. He posted the poster of the movie “Tujhe Meri Kasam”. It was the Bollywood debut for both Riteish Deshmukh and Genelia D’Souza.

Riteish captioned the picture as “3rd Jan 2003: 15 years ago #TujheMeriKasam released. Debut film: Life changed. Architect became an actor. Costar @geneliad become my baiko.#15YearsOfTujheMeriKasam”. Although the movie did not grab success it incepted the chemistry between the two actors.

The couple was seen romancing on screen in many movies including Tujhe Meri Kasam, Masti, Lai Bhaari and Tere Naal Love Ho Gaya. Besides the on-screen chemistry, the actors also developed the off-screen chemistry which led to their marriage. Riteish Deshmukh posted another picture and captioned “[email protected] didn’t speak to me for the first two days during the shoot of the film because my father was the Chief Minister on Maharashtra then. #15YearsOfTujheMeriKasam ”.

‪[email protected] didn’t speak to me for the first two days during the shoot of the film because my father was the Chief Minister on Maharashtra then. #15YearsOfTujheMeriKasam ‬

This proves why “Genelia and Riteish” is one of the most romantic couples in Bollywood. They are giving us relationship goals to keep the love alive in this world full of pessimism. What do you have to say about this beautiful message of Riteish to his wife? Does this give you relationship goals? Share your thoughts.

Speaking of romance must check the Bollywood actresses who have romanced with both father and son on-screen. 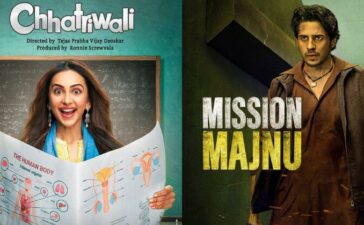