Vikram Mastal debut movie Suspense trailer got released today and this trailer is looking very promising. As the name of the movie, the trailer is also full of suspense. Vikram has been waiting long for his debut movie to get released and now we hear that the movie will be released on 18th of January 2019.

A team has gathered to launch the Trailer of Suspense at Raheja Classique Club at Andheri on 16th November and it was a rocking affair. Vikram Mastal who is popularly known for his television outing be it Hanuman in Ramayan 2008 or Balwinder Singh in 21 Sarfarosh: Saragardi 1987 will make his debut on silver screen with Suspense.

The shooting of the movie got completed on 27th October at Lavasa on Vikram Mastal’s birthday. The song shot there by the team has captured very beautiful locations and artists did full justice with the expressions. You can check out the glimpse of the songs here. Suspense is releasing on 18th January 2019 at your nearest cinemas. We wish the team all the best for the Movie. We will keep you posted with every detail about the movie. 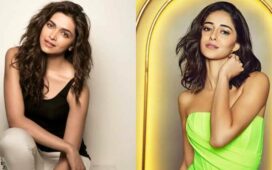