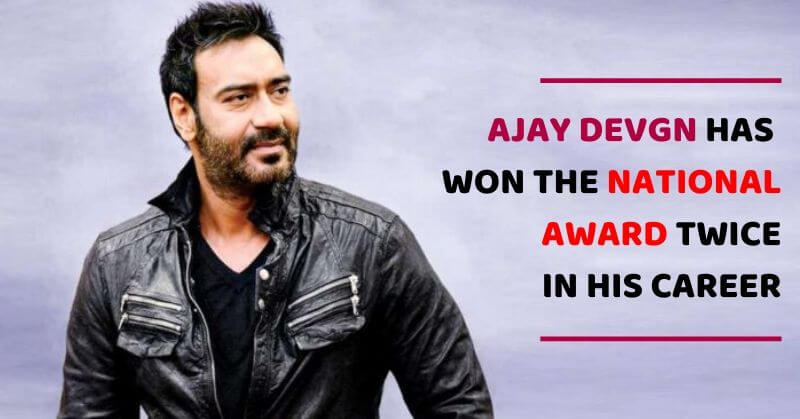 5. He Was Awarded CII Excellence Award In Cinema

Ajay is one of the finest Bollywood actors. He was honored by the CII Excellence Award In Cinema. He took to Twitter and showed gratitude.

Ajay Devgn gives credit for success to his parents. He never had to struggle in the industry and he is thankful to his parents for this.

Ajay Devgn was honored with the Padma Shri Award. It is the fourth highest civilian honor of the country by the Government of India in 2016.

8. He Loves To Direct

9. His Real Name Is Not Ajay Devgn

Ajay Devgn is not his real name. His real name is Vishal Veeru Devgan. He changed his name simply to Ajay Devgn.