Amitabh Bachchan commented on the photo and wrote Wow with a red heart emoticon.

The comment went viral on social media and people started trolling a veteran actor.  Below are some of the tweets.

From the work front, Amitabh Bachchan has projects like Chehre, Jhund, Brahmastra, Mayday, and Aankhen 2. Kriti Sanon will also be seen in upcoming movies like Mimi, Bachchan Panday opposite Akshay Kumar, Bhediya opposite Varun Dhawan. She will also be seen playing the character of Sita in the film Adipurush opposite Prabhas, Ganapath opposite Tiger Shroff and also Housefull 5.

What do you think about Amitabh Bachchan’s comment on Kriti Sanon’s photo? Let us know in the comments below or you can share your opinion on Twitter by tweeting @Entertales. 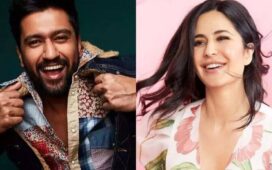