This festive season has begun. Therefore, Navratri celebrations have also started nationwide. Navratri for the year is here, and everyone is excited about it. And everyone knows that with Navratri comes Garba. If we talk about the entertainment industry, several Bollywood actresses have been seen playing fun roles and performing Garba. Therefore, today, we have come up with a list of the same. Here is a list of Bollywood actresses who beautifully performed Garba on-screen. Read on.

One of the many reasons why people love the film Goliyon Ki Rasleela: Ram Leela is because of its main leads. One of the main leads, Deepika Padukone, woo-ed the audience in a very enchanting performance. She performed Garba on the song Nagade Sang Dhol, and everyone totally loved the performance and song. In addition to Deepika Padukone, the other lead actor was Ranveer Singh.

Gangubai Kathiawadi is a film that brought out the best of Alia Bhatt. With utter grace and elegance, Alia Bhatt performed Garba in this Sanjay Leela Bhansali film. Consequently, if we talk about the song on which our Gangubai was seen grooving, it was Dholida, sung by several renowned artists.

In the film Mitron, Kritika Kamra was seen performing a power-packed Garba performance. Jackky Bhagnani, as well as Kritika Kamra, were seen grooving on the song Kamariya. In addition, it has over 540 million views on YouTube.

Rising yet highly talented Bollywood actress, yes, we are talking about Mouni Roy. Her Garba performance with marvelous Rajkummar Rao won the hearts of many. Furthermore, if we talk about the song, both the actors were seen performing on Odhani from the film Made in China.

Another one to make on the list of Bollywood actresses who performed Garba is none other than Aishwarya Rai Bachchan. Her Garba performance on the song Dholi Taro Dhol Baaje is beyond praiseworthy. Therefore, it goes without saying that it sets a perfect tone for Navratri.

Kai Po Che is one of the most beautiful films in Bollywood. In addition to actors like Sushant Singh Rajput and Rajkumar Roy, the film also featured Amrita Puri. As per several reports, she took Garba lessons in order to perform the song Shubhaarambh.

Mahira Khan gave a beautiful Garba performance with the ever-so-charming Shah Rukh Khan. Together, they looked beyond beautiful. Furthermore, if we talk about the song they performed Garba on then, it was Udi Udi Jaye from the film Raees.

The song O Re Gori from Aap Mujhe Achche Lagne Lage with Garba and Dandiya’s performance absolutely mesmerized. No other than Hrithik Roshan and Ameesha Patel gave this beautiful performance.

The song Dholida from the film Loveyatri has splendid performances from Warina Hussain and Aayush Sharma. It is a super hit song; you will hear this in every Navratri Garba and Dandiya event. 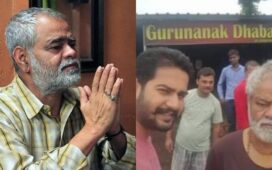