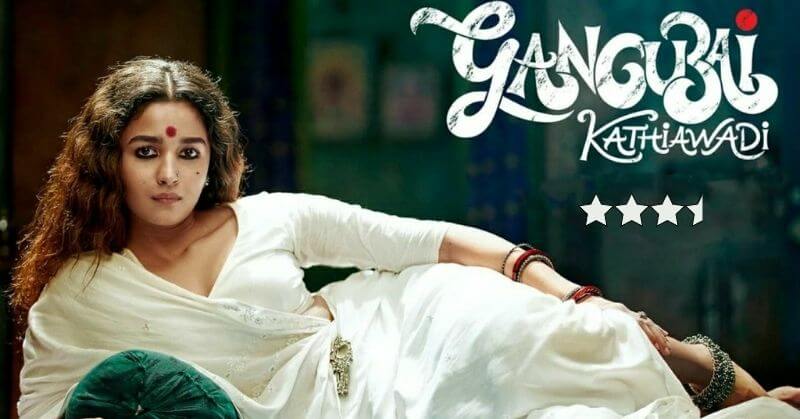 Sanjay Leela Bhansali’s much-awaited movie Gangubai Kathiawadi is finally released in cinema halls. The film was delayed many times because of the coronavirus pandemic. Alia Bhatt is playing the titular role in the movie. The film is based on the life of a controversial, powerful, and dreaded woman of Mumbai, Gangubai Kothewali. She was hailed as Madam of Kamathipura in the 60s. The movie is based on journalist S Hussain Zaidi’s book Mafia Queens of Mumbai. Alia Bhatt was brilliant in the role of Gangubai Kathiawadi.

The story is based on the life of Gangubai Kathiawadi essayed by Alia Bhatt. The film will take you on the journey of her life. In the 1950s and 1960s, an innocent Ganga dreams of becoming an actress. Ganga loves Ramnik played by Varun Kapoor. Ramnik promises Ganga to show her a path of becoming an actress in Bollywood. She eloped with him to Mumbai. However, Ranmik conned Ganga and sold her in a brothel for INR 1000. Over the years, Kamathipura becomes her home and brothel girls became her family. Her journey is full of struggles, challenges, and opponents. The film takes you how she fights for the rights of the sex workers and their children.

Alia Bhatt was superb in the role of Gangubai Kathiawadi. She gets into the skin of the character. The way she delivers the dialogues with confidence is simply amazing. The passion, the audacity Alia Bhatt brought into the character is clapworthy. Ajay Devgn was in the small role of Lala also delivers an impactful performance. Seema Pahwa, Vijay Raaz, Jim Sarbh, Shantanu Maheshwari in the supporting cast were rock solid.

Sanjay Leela Bhansali is known for delivering grand cinematic experiences. Gangubai Kathiawadi is no different. He drives the narration similar to the book the film is based on. His direction is top-notch and it is a visual delight. The dialogues by Prakash Kapadia and Utkarshini Vashishtha are brilliant. The screenplay falls in bits and pieces. The runtime of around 157 minutes seems lengthy. Also, if you want to know the real life story of Gangubai Kathiawadi you will be left yearning for more. Watch it for Sanjay Leela Bhansali’s direction and Alia Bhatt’s scintillating performance. We give Gangubai Kathiawadi 3.5 stars out of 5.