These Ladies Are Always Being Talked About In The Industry Every girl dreams about her future husband, but dreams are incomplete without wealth. She knows very well that if she wants to be a successful wife, she must find a wealthy husband. A wealthy man can give her all kinds of luxuries. Girls want all kinds of luxuries without doing anything. After marrying a wealthy husband, she only focuses on parties, spa, saloon, and designers. Some women have created their own identities without the support of anyone. Some famous Bollywood celebs wives have chased their dream own. Some of the Bollywood celebs’ wives are here who are always being talked about in the industry.

These are the powerful ladies of Bollywood who support their husbands in every situation, and they are highly-talented and influential, independent women. Here’s a list of Bollywood star wives who are doing extremely well and are extraordinary in their respective fields.

Shilpa Shetty is also a film producer, and besides this, her fitness classes are available on the internet. Now she has also entered into the jeweler business. She is the most successful wife in the Bollywood industry.

Adhuna Bhabani is the Ex-wife of Farhan Akhtar. It is extremely important to mention her on the list, owing to the impeccable success in her career. She is a famous hairstylist and founder of the renowned BBLUNT company, the country leading hair salon chain. She is planning to expand it outside of the country.

This amazing lady is a director, actress, and screenwriter, and the star wife of Bollywood’s Mr. Perfectionist, Aamir Khan. Dhobi Ghat, her debut film, received critical reviews. She is a devout vegan who stands firm in her values. And this feminist was unafraid to admit that she had her son by surrogacy. 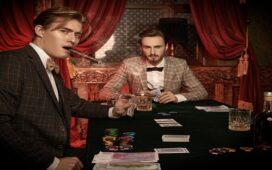