He Expressed His Gratitude Towards Fans The death of Sridevi shocked the entire nation. The wife of Boney Kapoor, Sridevi was one of the most successful Bollywood actresses of all times hence the whole country was drowned in the sorrow with the news of her death. First, it was mentioned that the 54-Year-old actress died of a cardiac arrest. However, later it was revealed that the actress, under the influence of alcohol accidentally fell into the bathtub and drowned. This might not sound normal but the reports said so. This led to many questions which are still unanswered. You can check the questions here.

Many consider it to be Boney Kapoor’s fault but no one knows what pain he is going through. He took to the twitter handle of Sridevi and exploded his emotion. He wrote that how painful it is for him to lose his wife, the mother of his daughters and a life partner.

She Was His Love, His Life, And His Partner

He also wrote that for the entire world she was their Chandani and an actress par excellence but for him, she was his love, she was his life and she was his partner. He further continued that he has been going through hard times dealing with the emotions as it was shellshock for his family.

He thanked everyone who supported his family and acted as a pillar of strength to keep the family from falling apart. The tweet of Boney Kapoor gained sympathy all over the social media. Many tweeted that their thoughts and hearts with Boney Kapoor’s family.

Admittedly, Boney Kapoor and his family are going through hard times and we have our thoughts with their family. May the soul of Sridevi rest in peace. What do you say? Share your thoughts in the comments. 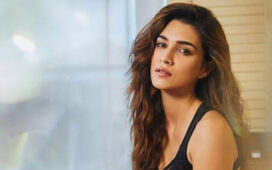