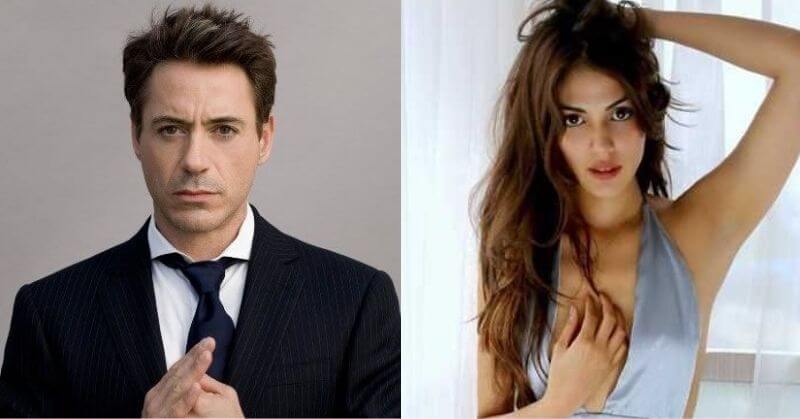 In every field there exist some cons that accompany its pros and sometimes create headlines. Likewise, its common in film industries to find several addicts as many of us would say its the script that demands some things that may not look real without the intake of alcohol, cigarettes, drugs, and many actors fall prey to their addiction or in some cases the struggle-some situations that those actors undergo may lead them to these silent killers. Here we present a list of actors around the world who were even jailed for drug charges.

This name needs no introduction as Rhea got extremely famous in very less amount of time in context with the mysterious SSR case. Recently Rhea and her brother Showik Chakraborty were held by the Narcotics Control Bureau (NCB) due to the drug thread that showed up during the SSR case investigation and is expanding with the investigation. Rhea and Showik are jailed and their bail plea was recently rejected by the supreme court.

After being caught with possession of half a gram of morphine and 200 grams of hashish due to a raid that was conducted on his home in London, the Beatles star John Lennon was caught guilty when he accepted his deed to prevent Yoko Ono from being deported to Japan. Later he was cleared with a warning and a fine worth 150 British pounds.

Matthew was booked in 1999 on suspicion of possession of marijuana and of drug paraphernalia. The Oscar-winning actor was prone to spend 9 hours in jail after which he was set free with a fine of $1000.

Rock star Jimi was arrested at Toronto airport in 1969 as he was held with possession of heroin in his bag. He was soon bailed by paying $10000 as a fine. Later he had stated that the police had mischievously placed the possession in his bag.

Fondly known as Iron man crediting his MCU hit list over the world, Robert was a serious drug addict and was led behind the bars several times for possessing and indulging in marijuana, cocaine, and heroin. He was also sentenced to 3 years in a substance abuse facility for failing to show up for a court-ordered drug test. Though he was released by the judge after service for 12 years, he still struggled with his addiction unless he met Susan Levin, who forced him to either her or drugs and the rest is history. Their relationship got official in the year 2005.

Yet another Beatles legend was arrested for the possession of half a pound of marijuana at the Tokyo airport in 1980 and stated that he was carrying the drug with him as drugs were banned in Japan.

Snoop was denied access in Norway when he was caught for possessing 8 grams of marijuana at the airport. He was arrested while in Sweden the local police pulled over his car and tested him for narcotics. Though he denied taking drugs the test stood positive against him. But he was freed soon as the Swedish police failed to prove him guilty when on Swedish soil.

With a lot of money comes in a lot of bad influence and ideas. Keeping moral no matter how high you reach in life is very essential and a few fail terribly. These celebrities are no exception to that. Also, read a few Hollywood Celebs who had to go to Jail!