Many Bollywood movies are made in sports. However, Chak De! India is probably the best Bollywood movie made on sports. The movie was released on August 10, 2007. Many sports biopics released over the years time. However, even after 14 years, there is no match for Shah Rukh Khan’s starrer movie. The movie was one of the most anticipated movies of that year. The crazy fans of SRK filled up the cinema halls. Chak De! India was not just a sports film, it is definitely more than that.

Chak De! India is a story of an unfancied Indian women’s hockey team that wins the World Cup and creates history. Here are several reasons, why Chak De! India remains the Bollywood best sports film ever.

The title track of the movie Chak De! India suits in every game and not just hockey or cricket. Whenever the Indian teams play well in any sports, this song has become a sports anthem.

2. Interest In Hockey Has Been Reignited

After the release of Chak De! India, people have started taking interest in our national game Hockey. There was a huge turnaround in the fans for hockey. Thanks to Chak De! India.

3. SRK Was Flawless In Coach’s Role

Shah Rukh Khan was flawless in the coach’s role. It was one such role that he has never played before in any of his movies. He played the role with perfection and never looked back.

The best thing about Chak De! India was it did not lose its path and was close to reality. The hockey matches were looked realistic. In one of the matches, the men’s team defeated the women’s team. It was picturized in such a way that even the women’s team lost the match, it was no less than winning.

5. Story Of A Fallen Hero Was Brilliant

Chak De! India is a story of a hockey player who wants his dignity back. He becomes the coach of a women’s hockey team. No one was expecting anything from the women’s hockey team and the team wins the World Cup. The story is emotional and inspirational that keeps you on the edge of your seat.

6. Intensity And Emotions Defines The Movie

The movie has intensity and emotions. Scenes of Shah Rukh Khan convincing the hockey committee to send the women’s team for the World Cup were amazing. Not to forget when he convinces the team to play with unity.

In one of the scenes, the women players were sitting quietly in an eatery after their not-so-good performance. However, the guys over there trying to pass some comments to northeast girls. The entire team gets united and teaches the lesson to the boys.

This is one such scene that will surely give you goosebumps. Shah Rukh Khan gives an inspirational speech to his team before the match. The speech was motivational, emotional, and full of energy. One of the best Chak De! India moments.

These are the reasons why Chak De! India remains the Bollywood best sports film ever. Which is your favorite Chak De moment? Let us know in the comments below. 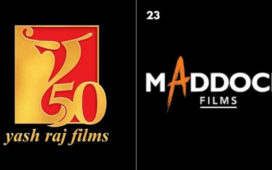