The Video Is Disha Patani's Tribute To Her Idol Beyonce Disha Patani was last seen in Tiger Shroff starrer Baaghi 2 and the film was a commercial success. she recently uploaded a dance video on Instagram and took the internet by storm. Her dance video has been viewed more than 2.6 million times. The video was uploaded on Saturday and Disha is seen matching the steps of popular singer Beyonce. She has also mentioned that she wanted to tribute her idol for a long time.

Wanted to make this for a very long time, just for fun, a tribute to my idol @beyonce ❤️ thanks @jamesdance_ for teaching me the block and @shariquealy for the cool edit??❤️ #beyonce #beychella

In the caption of the video, Disha wrote, Wanted to make this for a very long time, just for fun, a tribute to my idol @beyonce ❤ thanks @jamesdance_ for teaching me the block and @shariquealyfor the cool edit??❤ #beyonce #beychella.”

She Wanted To Be A Scientist

Disha Patani wanted to be a scientist but she started modeling during her studies. She was studying Bio-Tech at the Amity University of Lucknow.

After that, she became a beauty queen and won many beauty pageants including Miss Lucknow. Disha Patani appeared in an ad for Dairy Milk Chocolate. Later on, she was cast in the Telugu movie, Loafer.

Disha Patani made her Bollywood debut back in 2016, opposite to Sushant Singh Rajput in the movie MS Dhoni: The Untold Story. Later on, she appeared in the movie Kung Fu Yoga.

Baaghi 2 Is Among The Top Action Movies Of Bollywood

Her latest film, Baaghi two got a hold of the success. Undoubtedly, it is among the top action movies of Bollywood. No doubt, Disha Patani has matched Beyonce step by step. What do you think about the video? Share your thoughts in the comments.

Do you know, Disha Patani is also a fitness freak? Recently, she uploaded her workout video that is giving us fitness goals. Check the full video here. 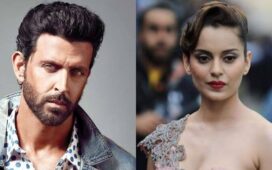