Indian movies without songs are like a class without a teacher. The songs play an important role in not only building the story but also giving a beautiful touch to the film. Without music, Indian films will not be the same. The filmmakers take songs seriously and spent huge money to make them attractive. The budget of the films has also increased rapidly in recent years. Not only in the film but also makers started spending crores of rupees on songs as well to make it huge. The exotic locations, and soulful music, make you realize the budget of the song. The makers spent crores on making expensive songs.

Some of the films are known because of their songs like Aashiqui, Saajan, and many more. Many times films got hit because of the popularity of the song. Here are some of the most expensive songs ever filmed in Indian cinema.

Shah Rukh Khan and Kareena Kapoor Khan feature in one of the most expensive songs of that time in the film Ra-One released in 2011. The song Chammal Challo was an instant hit. American musician Akon collaborated for the first time with Indian artists. He charged around INR 2.5 crores reportedly.

The song Kilimanjaro from the film Robot featured Aishwarya Rai Bachchan and Rajnikanth. It was shot at Machu Picchu in Peru. The scenic and picturesque frames in the song cost the filmmaker a whopping INR 4 crores.

Aamir Khan and Katrina Kaif set the dance floor on fire with their dance and aerial moves in the song Malang from Dhoom 3. There were more than 200 professional gymnasts featured in the song. According to the reports, Malang is one of the most expensive songs ever made in Bollywood. It had a budget of over INR 5 crores.

Recently added to the list is the song Oo Antava Mawa from the film Pushpa: The Rise. Allu Arjun and Samantha Ruth Prabhu are featured in this dance number. The song became hugely popular and Instagram reels made on this song were all over the internet. Reportedly, Samantha Ruth Prabhu charged INR 5 crores for the song.

Akshay Kumar and Sonakshi Sinha are featured in the song Party All Night in the film Boss. The famous rapper, Yo Yo Honey Singh has sung the song. The song featured over 600 foreign models as the background dancers. The budget for this song was INR 6 crores.

Ranveer Singh and Deepika Padukone starrer Ram Leela was superhit. Priyanka Chopra featured in Sanjay Leela Bhansali’s magnum opus and tapped her feet to the rhythm of item song Ram Chahe Leela. The makers have reportedly spent over INR 6 crores to get Priyanka on board.

Yanthara Lokapu Sundarive song from the film 2.0 is made on a huge budget of over INR 20 crores. 2.0 is a sequel to the film Robot. It is one of India’s biggest films.

These are the most expensive songs ever made in Indian cinema. Were you aware of these songs? Which song is your favorite? Let us know in the comments below. 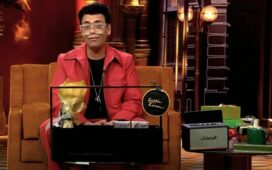 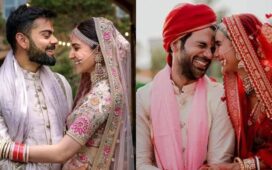