Allu Arjun is one of the most popular Tollywood actors. He is one of the most following South Indian actors. The way he performs his actions, his superb acting skills, and his dance is amazingly stylish. Allu Arjun is also known as Stylish Actor. He does not need any introduction. Allu Arjun has a massive fan following. He is better known by his nickname, Bunny. Allu Arjun has won as many as seven Film Fare Awards and three Nandi Awards. He has a role model for many. Let us check out some of the lesser-known facts about Allu Arjun.

1. Debut In The Film Industry

Only a few people know that he has done a film with his maternal uncle Chiranjeevi when he was just two years old. The name of the film was ‘Vijetha’ which was released in 1985. He made a cameo appearance in the movie Daddy. The first movie where Allu Arjun debut as a lead actor was Gangotri.

Allu Arjun was born in Chennai, Tamil Nadu. He has a huge fan following from Kerela. All his movies as a lead actor were released in Kerala. He himself named “Mallu Arjun” only for his fans. The fan following doesn’t stop here he has more than 1.3 billion followers on Facebook. Even Bollywood actors like Tiger Shroff is a fan of Allu Arjun. This makes him one of the most liked stars on Facebook. It has also earned him the title of ‘stylish star’. On the demand of his fans, one of his most famous and popular movies, ‘Arya’ was played for 100 days straight in the theatres.

Allu Arjun is a family man. He has married Sneha Reddy in the year 2011. The couple has two children, one boy Allu Ayaan and one girl Allu Arha. He is a family man and loves to spend time with his family.

He is one of the finest dancers in Tollywood. His body is quite flexible and this makes his dance moves look more dazzling and electrifying. He is a gymnast and had started practicing it at a very young age. Gymnastics is the key to his flexible moves. 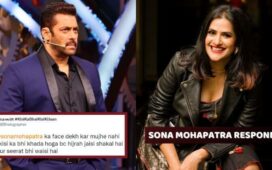