An amendment to the Goa Gambling Act is paving the way for heavier fines and even imprisonment for those found to have violated the state’s gambling regulations, which could dampen the locals’ passion for gambling.

In July, the Goa legislative assembly passed the Goa Public Gambling (Amendment) Bill, 2021, which would amend sections 3,4, and 11 of the Act. These sections specifically deal with fines and imprisonment for violators of the state’s Public Gambling Act.

The Times of India report quoted a senior official who said the earlier fine for violators was “very nominal,” so they “decided to impose heavier fines.” According to the report, “The quantum of fine payable under the penal provisions of sections 3, 4 and 11, being meager, needs enhancement. And on account of the same, the offenses punishable under the said sections will be either imprisonment or fine or both.”

Under the amended act, operators, owners, occupants, and players of “common gaming houses” shall face imprisonment of up to three years or a fine of up to 7,000 rupees or with both.

Goa was part of the Union Territory of Goa, Daman, and Diu when the Public Gaming Act was enacted in 1976. The amendments also sought to emit the expression ‘Daman and Diu’ and ‘Union Territory’ in the Act since Goa was already granted statehood in 1987, while Daman and Diu were made a separate Union territory.

The state of Goa is busy making a transition from a hippy hangout to casino capital, not just of the country but also of the South Asia region, as part of its bid to boost economic growth. In this regard, the state has seen some casino wins—Goa is host to eight land-based and six offshore casino establishments.

“Goa’s gambling appeal has already put the State well on its way to becoming a casino capital of South Asia. The uncertain political climate in another nearby casino hub (Kathmandu in Nepal) and the unwritten demands of higher category gambling in Macao have facilitated Goa’s gambling operations,” according to the ENV Media report.

Casino entry in Goa is still “essentially for tourists.” However, locals have already reportedly outnumbered tourists at land-based casinos, according to local media that reported “shares between 50% and 80% of all onshore casino visitors” are local residents.

The state officials are currently considering rules that will ban entry of Goa residents in casinos—a move that may lead to the state losing at least 50% of its revenue stream. As the ENV Media report noted:

“Almost inevitably, the motion is set to fail whether the Government might admit it or not. The majority of casino visitors and related personnel are local Goans, making the solution essentially unsustainable. But the issue has become political, first and foremost… The State does not have sufficient high-end tourism appeal, and attempting to position it on such markets would not bring adequate benefits.” Fan Of Vintage Style? 6 Square Sunglasses You Need To Complete Your Look 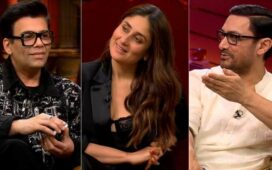