After Bhool Bhulaiyaa 2, which was released last month, no Bollywood film has performed well at the box office. This Friday, JugJugg Jeeyo is getting released. Anil Kapoor, Neetu Kapoor, Varun Dhawan, Kiara Advani, Maniesh Paul, and Prajakta Koli starrer JugJugg Jeeyo is full of drama, emotions, and laughter and is a complete family entertainer. After a long time, you will witness a complete family entertaining film.

Kukoo and Naina (Varun Dhawan and Kiara Advani) loves each other since childhood. The duo gets married. However, the problem arises after their wedding. After 5 years of marriage, the couple decides to part ways. They decide to inform the family of their divorce after the marriage of Kukoo’s sister Ginni played by Prajakta Koli.

However, the twist arises when Kukoo gets to know that his father Bheem played by Anil Kapoor is also planning to divorce his mother Geeta essayed by Neetu Kapoor after Ginni’s wedding. Kukoo’s brother-in-law Gurpreet played by Maniesh Paul tells Kukoo that his father has found love in another woman Meera played by Tisca Chopra. What will happen next? Watch the film to find out.

After the success of Good Newwz, Raj Mehta is back with another film JugJugg Jeeyo. He brought the tale of two divorces in the same family. Though it is a serious matter, Raj Mehta presented it in a comical way. He has combined the emotions, comedy, laughter, and relationship in a complete package JugJugg Jeeyo.

Talking about the performances, a handsome young man Anil Kapoor steals the limelight once again. He fits in the skin of the character with so much ease that you cannot imagine any other person fitting in his shoes of it. Neetu Kapoor, who is making a comeback after a long time is quite impressive and equally charming. Varun Dhawan is brilliant in the role. Kiara Advani looked gorgeous as Naina. Another actor who has impressed with his performance is Maniesh Paul. His comic timing and wicked humor will give you some laughter moments.

The writers Sumit Batheja and Anurag Singh have kept the story and screenplay engaged. They have put humor, emotions, and drama into a serious topic which is the USP of the film. The story is fresh and unique and is not a biopic or a remake. The scenes are picturized perfectly. The chemistry of the actors is top-notch. The music is already hit and background music compliments the story. The second half of the film unfolds an emotional outburst. Overall JugJugg Jeeyo is an entertaining film and can be watched with the family. We give the JugJugg Jeeyo 3.5 stars out of 5.

Have you watched the film JugJugg Jeeyo? Whose performance did you like the most? Let us know in the comments below. 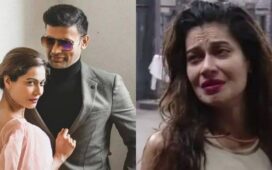