These Performances Are The Inspiration For Other Bollywood Divas Sridevi started her acting career at a young age. She had one of the most decorated careers in Bollywood and she bagged many awards. This year she won the Zee Cine award for best actor female for her amazing performance in Mom. Today we brought you top 10 performances of Sridevi that inspired other Bollywood divas.

The plot revolves around her character which is the love interest of two men. The love triangle did not fail to entertain the moviegoers. The love story encompasses some of the deepest emotions and Sridevi performed them with perfection.

She played the role of an ambitious young lady who runs the textile business of her father. Her character was mean as she cares less about the labors working in her textile mill. Her attitude set multiple encounters between her and Raju “Anil Kapoor” and in the end, she is transformed mentally.

The film got some of the most emotional contents. Sridevi who was playing the role of a girl suffering from retrograde amnesia proved that she could do emotional scenes with a perfection that it can leave the fans with tears.

After tying the knot with Boney Kapoor, Sridevi too a break from the Bollywood industry. She made a comeback with this one. And without a doubt, she made an impact on this one. It is an emotional story that counters the social prejudice about the English language.

She played a double role in this movie. One of the two characters was a young girl who fell in love with a middle-aged man. She showed that love knows no boundaries. This performance put Sridevi on the favorite list of the fans. 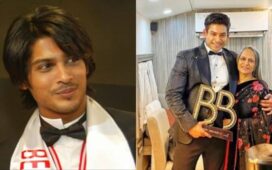