Bollywood actor Rishi Kapoor who was battling with leukemia for the last 2 years passed away today at 8:45 AM. He was admitted to H.N. Reliance Foundation Hospital in Mumbai due to chest infection and breathing problems. Within a span of two days, Bollywood lost two gems, first, it was Irrfan Khan and today Rishi Kapoor. Rishi Kapoor was a brilliant actor and it is a big loss to a Bollywood industry. His last movie was The Body with Emraan Hashmi. Rishi Kapoor was cremated at the Chandanwadi crematorium on Thursday afternoon.

Along with Ranbir Kapoor, Neetu Kapoor, there were Kareena Kapoor Khan, his elder brother Randhir Kapoor, Saif Ali Khan, Alia Bhatt, Abhishek Bachchan, Anil Ambani and many more were present in the funeral. Riddhima Kapoor, daughter of Rishi Kapoor was stuck in New Delhi and was unable to reach Mumbai due to lockdown.

In IIFA 2012, Rishi Kapoor and Ranbir Kapoor shared the stage together and the father-son danced on the famous song Bachna Ae Haseeno. Neetu Kapoor was seen sitting in the audience and laughing out on their performance. Check out the video below.

Throwback to this superb performance from the legend #RishiKapoor and Ranbir Kapoor at #IIFA 2012! ♥️#RIPRishiKapoor pic.twitter.com/zIY3gTmgN4

The entire family was seen together in the movie Besharam. The only movie where Ranbir Kapoor, Rishi Kapoor, and Neetu Kapoor were seen together.

Rishi Kapoor has done many super hit movies like Bobby, Sargam, Chandni, Deewane, Prem Rog, Rafoo Chakkar, Amar Akbar Anthony, Agneepath, 102 Not Out, Kapoor And Sons, Mulk, and the list continues. He has always impressed with his performances. May your soul rest in peace Chintu Sir. You will always be missed. 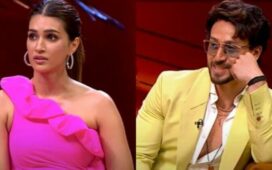