Bollywood stars enjoy wealth, fame, and millions of people’s love. Numerous Bollywood stars have produced quality films for their fans. However, some of them go beyond. They launch new businesses and make them into successful ones. They have also undertaken projects to spread fresh concepts for society’s advancement.

Additionally, it also raises their net worth. These stars are unstoppable and have become prosperous entrepreneurs. Being so successful in a society where people frequently drain your motivation is no easy feat. Here are a few such Indian celebrities who are famous entrepreneurs as well.

Abhishek Banerjee is an Indian actor and casting director. His performances in Stree, Rashmi Rocket, and the web series Paatal Lok and Mirzapur are what made him most famous. In partnership with Shwetabh Singh, Abhishek established the production house “Freaks.” The idea was to give aspiring artists a chance to showcase their talent.

One of the most talented Indian actresses is Shefali Shah. She is also an artistic woman who has a great love of both cooking and painting. In 2021, the actress thought of starting a business in hospitality. She subsequently opened her “Jalsa” restaurant in Ahmedabad, Gujarat. The actor is having great success with this endeavor. The restaurant is now much more than a side business for her.

The place serves delicious cuisine from across the nation. Shefali personally supervises the cuisine, presentation, décor, cutlery, and other factors. She assisted in the interior design of Jalsa and painted portions of the walls by hand. In addition, Shefali contributed her recipes and collaborated closely with the chefs. Jalsa is more than “just a restaurant,” according to Shefali. It had to be an “experience,” she said.

Pushing Buttons Studios, a production company founded by actors Richa Chadha and Ali Fazal, made its debut. Girls Will Be Girls was their first film. A mother-daughter story set in a small Himalayan town served as its basis. Shuchi Talati wrote and directed the film. The sole script from India to be selected for the prestigious Berlinale Script Station 2021 was “Girls Will Be Girls.” According to the makers, it is a lab that chooses ten projects from worldwide each year.

The duo is currently developing “Undercurrent Lab,” a unique incubation concept. It is only for women who want to specialize as cinematographers in the motion picture industry. It is a partnership between Light N Light and the Women in Film and Television Association of India.

In 2021, Malaika Arora launched her own delivery-only food business named “Nude bowls.” During the pandemic, she had this thought, so she took full advantage of this opportunity to try it. ‘Nude bowls’ is an acronym for ‘Nutritious, Undisguised, Delicious Eats.’ Fortunately, this startup has only experienced an upward trend since that day. The idea behind this is to offer people wholesome and healthy meals without any secret ingredients. Every bite reveals its transparency; there is not a bit of disguise.

Malaika mentioned that she has always been a foodie. She also recalled her memories of her mother’s kitchen. The actress continued by saying she has always been excited to start her own business. It is her first venture into the food world. One of the perfect entrepreneurs, Malaika Arora, assists in everything, from creating the menu to picking bowls over plates and organic packaging.

The agritech app Krishi Network is operated by Cultino Agrotech Pvt Ltd. Actor Pankaj Tripathi has been chosen to serve as its brand ambassador. He has also provided undisclosed financial support for the platform. According to the startup, its partnership with the actor would open doors for growth among the general public. Additionally, it will enable them to establish direct contact with local farmers. Tripathi’s background as a farmer aligns with the mission of the platform. The goal is to help farmers increase their earnings by providing them with options for important decisions.

The startup “The Tribe” was launched by Kriti Sanon, Anushka Nandani, Karan Sawhney, and Robin Behl. The business provides online workshops and customized diet plans. She described how fitness evolved into a significant aspect of her lifestyle and how it provided her with new possibilities. Kriti Sanon added that after Mimi, she began her fitness journey. However, the 15 kilograms she had gained for the movie had to be then lost. According to her, inspiration and good company are the keys to a rigorous workout regimen.

Rashmika Mandanna, an Indian actress and a national crush, made an undisclosed investment in the D2C vegan startup Plum, which is based in Maharashtra. Additionally, Mandanna has joined the firm as a brand ambassador as part of the agreement. It is intended to expand its customer base. Shankar Prasad founded the direct-to-consumer (D2C) vegan business Plum in 2013. It has a wide selection of items in men’s, makeup, skin, and hair care categories.

The most well-known brand within Curefoods, EatFit, is endorsed by Bollywood actor Varun Dhawan. Additionally, the actor made an undisclosed investment in the business. Its brands include EatFit, Frozen Bottle, CakeZone, and Great Indian Khichdi. Curefoods is a cloud kitchen company. He has also made an investment in Fast&Up, which is a nutraceutical, and immunity-boosting supplements manufacturer.

Rakul Preet Singh could be busier than a bee with her numerous ventures in the film industry. First, however, the actress created the “Starring You” app to support upcoming artists. Rakul compares it to LinkedIn but only for the film industry. She claimed that the notion first surfaced during the lockdown. It was then we realized that, although being separated by distance, the entire world was still connected. However, the whole credit goes to digital technology. At that point, she reasoned that if everything could go this well, everybody should also have access to the film industry.

Bollywood actor and singer Ayushmann Khurrana transitioned to investing in 2019. He made an undisclosed amount of investment in The Man Company, a male grooming company (TMC). The actor also took on the role of TMC’s brand ambassador. With this, the actor has made his first investment in a startup. Bhisham Bhateja, Hitesh Dhingra, Rohit Chawla, and Parvesh Bareja launched The Man Company in 2015. The business is renowned for providing various men’s grooming goods in various areas.

Actors participate in entrepreneurship and invest in businesses in addition to acting. Many Bollywood actors have contributed to businesses by monetary contributions. Additionally, they are also serving as brand ambassadors. These are such celebrities who are famous entrepreneurs as well. Which celebrity is your favorite? Let us know in the comments below. 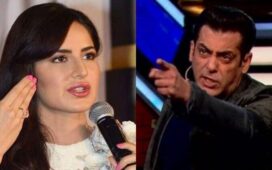