OTT platforms have got a boom in 2020 due to the COVID-19 pandemic. People were more into watching web series of various genres, as the daily TV shows got off the reel. Much like the last couple of years, crime-drama was the flavor of the season. However, due to the free time provided by the pandemic, the audience has exposed themselves to almost all genres. The year has definitely been a game-changer for the OTT platforms. Internet Movie Database (IMDB) recently released its list for the top ten Indian web series for the year 2020. Let us have a quick glance over it.

The Harshad Mehta Story: Starring Pratik Gandhi as ‘The Big Bull’ of the stock market, Harshad Mehta, Scam 1992 secures the first position with an IMDB score of 9.7. Streamed on SonyLIV, the series explains the crucial aspects of India’s biggest financial stock market scam. Everything from its theme song to the knowledge that it gives you about the stock market is exceptionally engaging. The casting of the show has caught the large attention of the audience, each and everyone from the play has understood and immersed themselves in their roles. The captivating storyline and spectacular acting have contributed greatly to the success of the web series.

Amazon Prime Video’s Panchayat was the second most rated web series and has an IMDB score of 8.7. The story revolves around the character of Abhishek Tripathi who gets a low salary job in remote villages as Panchayat Secretary. The best part about Panchayat was its strong casting was supported by Raghubir Yadav, Neena Gupta, and Chandan Roy. The Show was released during the lockdown and left the audience feeling warm and velvety.

IN the era of crime-drama web series, Bandish Bandits brings in a total surprise for the audience. It takes away the audience for an authentic tour of Indian classical music. The romantic musical drama is a story of two individuals of completely different tastes and backgrounds in the journey of exploring themselves. It bags in the third position with an IMDB score of 8.7.

Directed by Neeraj Pandey Special Ops began in a very assuring manner and stuck to the promise. The ace actor Kay Kay Menon plays the protagonist in the boots of Himmat Singh. The Disney+Hotsar VIP series secured a score of 8.5. It highlights the severity of the 2001 Parliamentary attacks and the role of the masterminds behind it.

Voot Selects Asur stands proudly in the 5th position with a score of 8.4. It is a fascinating combination of suspense, mythology, and murders of totally unrelated people. The crime thriller takes us to Varanasi when Nikhil Nair (Barun Sobti) returns to the CBI for solving the case of the dangerous killer. He reunites with his former mentor Dhananjay Rajpoot (Arshad Warsi) and the duo digs out the Asur from the darkness. 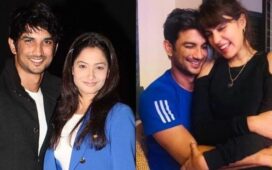