Watch Video: Priyanka Chopra's Perfect Reply When Asked Whether She Wanted To Do Deepika Padukone’s Role In Bajirao Mastani In the video, a reporter asked Priyanka Chopra,

Priyanka gave a smiling reply to the journalist and said that she had received so many flower bouquets for her performance as Kashibai in Bajirao Mastani. Even she added that her house has started looking like a ‘garden.’  Priyanka said,

“Aapne film dekhi hai? Toh main kyun karti? Kashi pasand aayi? Mera ghar dekhna, garden ban gaya hai (Have you watched the film? Why would I do that role? Did you like Kashi? You should see my house, it has become a garden).”

Watch out for the video below.

In a 2014 tweet, Priyanka Chopra had called Kashibai one of her toughest roles. She wrote,

“Didn’t even realise how tired I was till I touched my bed. #Bajirao Mastani is so intense that I’m depleted! Kashi is one of my hardest parts!”

Didn't even realise how tired I was till I touched my bed.#BajiraoMastani is so intense that I'm depleted!#Kashi is one of my hardest parts!

Priyanka did an amazing job in the role of Kashibai in the movie Bajirao Mastani. Do you guys agree with it? Let us know in the comments below. 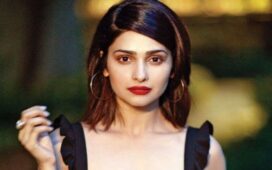