From Alia Bhatt To Vijay Varma; Here's The Salary Received By The Darlings Cast An upcoming Indian black comedy drama film in the Hindi language is titled Darlings. It was one of this month’s most awaited upcoming movies, released today. Jasmeet K. Reen, making her directing debut, co-wrote the script and is the director. Parveez Sheikh wrote the movie’s screenplay. Gauri Khan, Alia Bhatt, and Gaurav Verma are the producers. Bhatt, Shefali Shah, Vijay Varma, and Roshan Mathew play the leading characters in the movie.

Shefali Shah is an Indian actress who appears in web series, television shows, and also in Hindi-language movies. She played the lead role in Delhi Crime, a Netflix original series based on Nirbhaya’s true incident. She has also received various awards, including Filmfare and Stardust Awards. In the movie darlings, Shefali Shah plays Alia’s mother. According to reports, she portrays Badru’s mother in the film and received a salary of Rs 1 crore.

Indian actress Alia Bhatt appears in Hindi-language movies. Among the honors she has received are four Filmfare Awards. She is among the highest-paid actresses in India. She was also listed among the Celebrity 100 by Forbes India. Darlings movie is Alia’s debut as a producer, and she also has a major role to play. In the film, she plays the character of Badru. According to reports, the actress received a hefty 15 crores for her role in the film.

Indian actor Rajesh Sharma acts in Bengali as well as Hindi movies. With the 1996 Hindi film Maachis, Rajesh Sharma made his Bollywood debut. He then began appearing in Bengali movies in the early 2000s. Additionally, he also appeared in popular movies like Bajrangi Bhaijaan, B.A.Pass, Tanu Weds Manu Returns, MS Dhoni: An Untold Story, and others. In Darlings, the character played by Rajesh is still unknown. However, he reportedly received an estimated Rs 30 lakhs in fees for his role in the film.

Indian actor Vijay Varma appears in movies. Among his best-known works are Pink, Gully Boy, and Baaghi 3. He was also featured in the web series Mirzapur. Additionally, he has established himself as the ideal grey man. Hamza is a character played by Vijay in the film Darlings. In the movie, he plays the role of Alia’s husband and also a ticket collector. He reportedly received a salary of over Rs. 85 lakhs.

Indian actor Roshan Mathew primarily appears in Malayalam movies. He began his acting career in several Chennai and Mumbai-based theatre productions. Roshan also has a significant part in the movie Darlings. According to the reports, he received a hefty Rs 40 lakhs for playing his role in the film. He portrays the character of Zulfi.

Mumbai’s conservative lower middle-class neighborhood serves as the setting for the film. The narrative delves into the lives of a quirky mother-daughter pair. They discover strength and also love as they struggle through extraordinary situations and look for their place in the world. Darlings movie is all set to release on 5th August 2022. 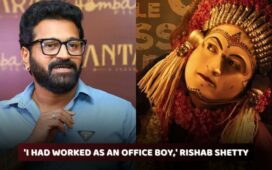