The much-awaited movie GullyBoy has released this Valentine and it is the film which will steal your heart. Needless to say, this is Zoya Akhtar’s best movie till date and the performances by Ranveer Singh and Alia Bhatt are electrifying.

GullyBoy is based on the lives of Divine and Naezy. It is the story of Murad a young man breaking free through street rap and Safeena played by Alia Bhatt will be seen romancing him.

The dialogues of Alia Bhatt in the movie are amazing and the performance of her is sensational. Ranveer Singh has proved yet again that Uska Time Aa Gaya after Padmaavat and Simmba, his journey in GullyBoy will keep you to the edge of your seats.

GullyBoy got solid openings as it starts with nearly 60% occupancy which is extremely good. Gully Boy was also premiered at the Berlin 69th Berlin International Film Festival and was liked by all. Even before the release of the movie, GullyBoy’s Apna Time Aayega was trending everywhere.

#OneWordReview…#GullyBoy: FANTASTIC.
Rating: ⭐️⭐️⭐️⭐️
Depicts the struggles of an underdog brilliantly… Zoya Akhtar’s best film to date… Ranveer is phenomenal… Alia is electrifying… Siddhant Chaturvedi is super… Not to be missed! #GullyBoyReview pic.twitter.com/f6phWdsb7Q

Apart from the content, people are loving the chemistry of Ranveer and Alia who are sharing the screen for the very first time. When we say content is the king, this Zoya Akhtar movie has proved the same. All the characters are very well written.

If you have not watched the trailer till now, you can watch the GullyBoy movie trailer here.

Watch  GullyBoy for its story and brilliant acting by the starcast. We give 4 ratings out of 5. Did you watch it?  How did you like? Let us know about your reviews in the comment below. 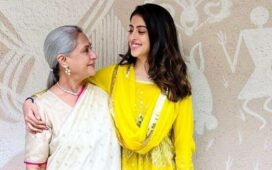