Avatar: The Way Of Water Cast Salary: From Zoe Saldana To Vin Diesel, Here's How Much The Actors Charged For Their Roles Avatar: The Way Of Water is the much-awaited sequel that everyone was looking forward to. After a total of 13 years, it is finally here. Furthermore, it is safe to say that everyone is completely mesmerized by the directorial work of James Cameron. How Jake, Neytiri, and their adopted daughter Kiri embark on a journey to save their Navi race from humans is beyond praiseworthy. In addition to several renowned actors, Kate Winslet and Vin Diese are also in this sci-fi film. If you are curious about the whole Avatar: The Way of Water cast salary, then you are at the right place. Read on to enlighten yourself.

Zoe Saldana is one of the well-established actresses in Hollywood. While she essays the role of Gamora in the Marvel Cinematic Universe, in Avatar, her role is also as important. Here, she portrays the character of Neytiri – Jake Sully’s love interest and the mother of Kiri. Furthermore, as per ABPlive, she has charged a whopping sum of Rs 64 crore for her role in this amazing sequel.

The British-born Australian actor Sam Worthington received the biggest paycheck in this epic film. Yes, you are reading it right. Sam Worthington earned Rs 81 crore for essaying the role of Jake Sully. Furthermore, if you think this is it, then let us burst your bubble. In addition to this big paycheck, he will also earn a 5% share of the profits earned by Avatar: The Way of Water, as per Showbiz Galore.

Actress Sigourney Weaver especially learned free-diving in order to essay her role of Kiri in this sequel. Furthermore, you all might remember that she also played the role of Dr. Grace Augustine in the first installment of the Avatar franchise. For her role in the second installment of Avatar, the actress charged Rs 27 crore reportedly.

In this much-awaited sequel, James Cameron managed to rope in Academy Award-winning actress Kate Winslet. She essays a vital role as the wife of the Metkayina clan’s chief leader Tonowari – Ronal. Furthermore, the money she charged for this role was Rs 49 crore, as per ABPlive.

The next actor on the list of Avatar: The Way Of Water Cast Salary is Stephen Lang. According to reports, the veteran actor earned Rs 17 crore for his role as Colonel Miles Quaritch.

The last actor who features on our list is, of course, none other than Vin Diesel. This 55-year-old veteran actor is one of the highest-paid actors in the whole entertainment world. Therefore, it goes without saying that his paycheck would be humongous. For his role in the James Cameron movie, he charged Rs 81 crore reportedly.

Have you watched this epic sci-fi film? What is your review of Avatar: The Way Of Water? Do tell us via the comments below. 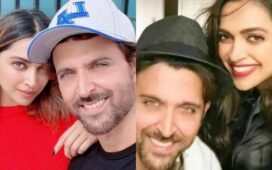