One of the biggest entertainment industries in the world is Hollywood. There are many movie releases every year. One genre that keeps everyone exciting is sports. Sports have everything that keeps everyone exciting as it is full of drama. The genre of sports has everything that makes good content for a movie. Just like online casinos, every sport has winners and losers. But making a great sports movie is also an art. Even with good and realistic content, creating a great sports movie is a tough task. There are 4403 movie titles that appear under the sports genre on IMDb. Let us check some of the best sports movies in Hollywood.

The Blind Side is a 2009 biographical sports drama movie based on the 2006 book The Blind Side: Evolution of a Game by Michael Lewis. The story revolves around Michael, a homeless African-American teenager. He was adopted by a Caucasian family who helps him overcome his learning difficulties and achieve excellence in American football. The Blind Side grossed over $300m.

Jerry Maguire is a 1996 American romantic comedy-drama sports film starring Tom Cruise, Cuba Gooding Jr, Regina King, and Renée Zellweger. The movie is written, produced, and directed by Cameron Crowe. Tom Cruise played the character of a fictional hot-shot sports agent and is based on real-life sports agent Leigh Steinberg. The movie became the ninth highest-grossing movie of 1996 and collected $273.6m against a $50m budget.

Million Dollar Baby is a 2004 American sports drama movie. The movie is based on boxing. The story revolves around Frankie Dunn played by Clint Eastwood is a veteran Los Angeles boxing trainer and Margaret ‘Maggie’ Fitzgerald played by Hilary Swank. Margaret Fitzgerald is an underdog amateur boxer. Maggie works out tirelessly each day in his gym and gets helped by an underappreciated boxing trainer Frankie Dunn to achieve her dream of becoming a professional boxer. The movie collected $273.6m and was made on the budget of $30m.

Rocky is one of the most loved boxing drama movies. It has a series of American boxing drama films. The first film, Rocky released in the year 1976. The movie is centered on the boxing career of the eponymous fictional character, Rocky Balboa played by Sylvester Stallone. The movie was made on a budget of $1m and collected $225m worldwide. Sylvester Stallone has written the movie and played the titular role.

Ford v Ferrari is a 2019 American sports drama film directed by James Mangold. The movie is based on a true story. The plot of the movie follows a determined team of American and British engineers and designers, led by automotive designer Carroll Shelby played by Matt Damon, and his British driver Ken Miles played by Christian Bale. They are dispatched by Henry Ford II and Lee Iacocca with the mission of building the new racing car Ford GT40, with the potential to defeat the dominant Ferrari racing team at the 1966 24 Hours of Le Mans race in the country France.

These are the top sports movies in Hollywood. Have you watched them all? Which one is your favorite? Let us know in the comments below. 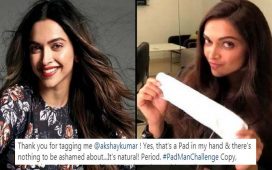