One of the most amazing shows Bigg Boss Season 12 has come to an end and the two finalists are Sreesanth and Dipika Kakar.

Social media was holding online polling for the finale where most of the polls suggested Dipika as the winner. Their predictions turned into reality. Talking about the overview of the finale, Romil Chaudhary and Karanvir Bohra were eliminated early leaving Deepak, Sreesanth and Dipika Kakkar in the race.

Deepak Walked Away With Money

Top 3 contestants Dipika Kakar, Sreesanth, and Deepak Thakur were given an opportunity to take a briefcase of 20 Lakh and leave the race to the finale. Deepak Thakur has taken the briefcase and left the race to the finale. Salman Khan revealed that Deepak got fewer votes as compared to Sreesanth and Dipika. So ultimately, Deepak has done a good thing by taking a briefcase of 20 Lakh rupees.

In the beginning, Sreesanth’s short temper made him look like a weak contestant and no one would have considered him as a finalist at that time. However, he gradually made a progress with it. Somehow, he still retained the “bad boy” persona inside the BB 12 house.

On the other hand, Dipika Kakkar was cold and calculated and time after time she displayed her strategic game in BB 12 house. We would like to congratulate her on her victory. 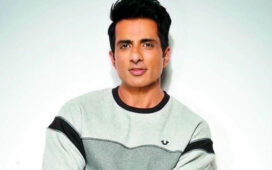