Deepika And Anushka Were Praised For Their Opinions For the past few months, the #metoo movement has been gaining heat in India. A lot of celebrities have opened up their mouth against their dark past. The social media is sparked and filled with these kinds of controversies. Recently, Rani Mukerji made a statement about the #metoo movement which was not a pleasant one for the Twitterati.

Recently Rajiv Masand held a roundtable conference with Rani Mukerji, Anushka Sharma, Deepika Padukone, Tabu, Taapsee Pannu and Alia Bhatt where the Bollywood divas spoke about the #metoo movement that has displayed the dark side of the B-Town.

Raani Mukerji said, “A girl should learn how to defend herself. Therefore, martial arts should be compulsory in schools.” Her statement seems agreeable to some point. Not only a girl but everyone should learn how to defend themselves. However, the argument was about the #metoo movement that brought many cases of child molestation to the highlight. Here, the statement of Rani doesn’t seem to fit as self-defense depends highly on the physical strength.

Deepika Padukone thrashed the statement of Rani Mukerji by saying, “why the situations do take place where a girl has to defend herself? Not everyone is physically strong to defend themselves.” The rest of the Bollywood divas supported Deepika Padukone’s opinion.

This is what happens when you invite solely because you are certain somebody’s wife.

seeing Rani Mukherjee talk about #MeToo and then comparing it to what Deepika and Anushka said about the cause.. you can clearly see the difference between the two generations

as for #RaniMukherjee you have a daughter yourself.. at what age are you going to start teaching her martial arts to protect her from predators? You wouldn’t have to because you come from a privileged background and your daughter will be brought up in one too

Rani Mukherjee is that friend in group discussion round of placement who thinks speaking more will get more brownie points. https://t.co/56LkqRX6y2

Rani has no point and no idea!!
Much needs to happen for society clean up and revamping mindset!!

The Day accounatability and punishment starts across the board – polictical, influential and rich spoiled brats get due punishment.. society will improve!!! ?✌️?

A series of tweets were broke out. The tweets were supporting the statement of Dipika Padukone while eventually trolling Rani Mukerji. Some called her obnoxious and regressive as she refused to listen to other’s opinion.

Ok we get it that you did Mardaani and martial arts is cool but the ladies there are making a very valid point. LISTEN. https://t.co/zvWQ16O1x4

The popular TV actor Nakul Mehta also took to Twitter and wrote, “Ok we get it that you did Mardaani and martial arts are cool but the ladies there are making a very valid point. LISTEN.”

Well, Rani Mukerji’s statement is not wrong completely as we cannot control other’s behavior towards us. Moreover, she thinks about strengthening the women while the rest of the actresses desire a change which will not be going to happen overnight.  Admittedly, the solution will be a mixture of both of the statements. What do you say about it? Do you agree? Tell us in the comments. 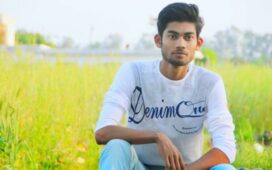