The 32-year-old, Sri Lankan beauty, Jacqueline Fernandez made her Bollywood debut in 2009 with the film “Aladin”. Now she has made her among the top Bollywood actresses. Somehow, she is still on the list of goody-goodies of Bollywood.

The daughter of Anil Kapoor, Sonam Kapoor made her entry in Bollywood with the movie “Saawariya” in 2007. She started alluring everyone with her physical traits and without a doubt, there is a long queue of bachelors who want to marry the 32-year-old actress but the news of her marriage is not coming soon.

Nargis Fakhri made her Bollywood debut with the movie Rockstar in 2012. It is hard to believe that the actress is 38 years old. She is one of the most desired ladies of Bollywood.

Shubhangi Atre Reveals The Smartest Way To Avoid Casting Couch, ‘Will Not Go Until I Really Know The Person Well’ 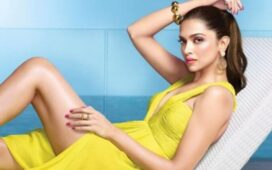