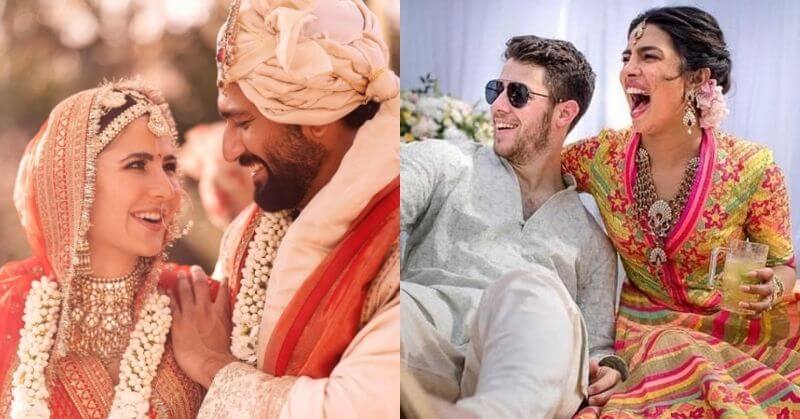 Bipasha Basu is known as the Bengali beauty and is also a leading actress in Bollywood. Karan is four years younger than Bipasha. During the shooting of the film “Alone”, they got to know each other. After a year they again came together and finally got married in 2016.

Soha Ali is the sister of Saif Ali Khan. Kunal and Soha met each other during their first film “Dhoondte Reh Jaaoge”. Soha is four years older than Kunal. They got an opportunity again to star in a Film named ” 99″. They further got attracted to each other and got married in 2015. In 2017 they gave birth to a daughter named Inaaya Naumi Kemmu.

Kashmera and Krushna are good friends and met at the set of the Film “Aur Pappu Paas Ho Gaya”.  Kashmera was not at all interested to join the film industry. Krushna is 11 years younger than Kashmira. Despite such a large age difference, they both got married in 2012.

An adorable and famous couple Shilpa Shetty and Raj Kundra were married in 2009. They met each other and were good friends. In an event of promotion of Shilpa Shetty’s perfume brand S2, Mr. Raj was helping Shilpa. Shilpa is three months older than Raj. The couple had a son named Viaan who was born in 2012 and a daughter named Samisha in Feb 2020.

Life is pretty easy with the perfect partner. Each partner is a support system of the other. There must be an equal balance between love and affection. Two families from different backgrounds become united by marriages. Unknowingly trust develops between the two. Since marriage is a very pure feat it must be free from any kind of discrimination and differences. Love must be the only reason for the couple to be together. These are the Bollywood couples where women are older than men. Were you aware of them? Which name surprised you the most? Let us know in the comments below.