Life of an actor seems fascinating to all of us. All the glamour and luxury of life is something we all wish to have but, it might not be as easy as it seems. On one hand they have the supporters and their fans but on the other hand, have their critics with no limits and how they criticise. Being an actor is about a lot of sacrifices from giving up your favourite meal to not having a personal space of your own. Actors still manage to give Amaze us with roles that imprint our minds. They have to live several lives throughout their acting career. To make a role that’s effective and unbeatable they go through a lot and how they do it? Here are some secret techniques that actors use to make their character live forever.

1. Letting Go Off Themselves

To make a role possible and effective an actor is supposed to get into it completely. For a new role means a new story, new life and personality. This constant change also takes a lot of physical changes according to the need of the character they are playing and, it’s not at all easy as it seems. The actors need to let go of all the personal problems and become someone else.

2. Getting Familiar With The Character’s Lifestyle

Imagine playing a Villain or a Ghost how do they do it with such ease? They have to get into the lifestyle of the character that they are playing, think, believe and act like that character. They make it their own life and that’s how we see the perfection on the screen and its, not at all easy. Actors often read books, watch several movies to understand the character, get isolated to practice it, and to see the world through the eyes of the character that they are playing.

Can you manage to get happy or sad on the snap of fingers? Actors set their mood according to the scenes by recalling something good or bad or to look happy or sad, this happens after a lot of practice for the on command laughs and tears.

To get into a character completely they also need to look like the character. From hair, makeup, and, colours, to gaining and losing pounds of weight. If you really think about it, it all seems like a little drastic just for the sake of playing pretend, But actors do it happily to make the role live forever.

Be it on screen, shooting, or public appearance actors are supposed to be calm and happy. This is achieved after a lot of effort. They watch good movies, meditate, practice yoga or eat good food to calm themselves.

Being comfortable is also an important aspect of the film industry. It makes actors go along easily with the people on set and also the environment. They are served with proper food and adequate breaks in between shots. This how they get comfortable and give their fans the best possible film.

The kissing scenes are the most crucial parts of the film. While we see actors kissing on the screen, they actually don’t kiss at times. Yes! The cameras are placed at such an angle that it creates an illusion of the scene. Since not all actors are comfortable with it, these techniques are used to make such a scene come alive.

Getting intimate with someone unknown with cameras and eyes on you can be really awkward but when we see the scenes on screen they look so effortless; how? Actors wear flash toned underwears and tricks with cameras are done to make it all look real and passionate. Sometimes its so hard to calm their nerves while playing an intimate scene.

Since it is difficult to cry instantly, actors usually use methanol crystals to show their teardrops. But some actors actually cry to get that expression and create a scene. Either they think about something bad that happened or anything sad which helps them cry again.

So what are your thoughts on the life of an actor? These practices may seem weird but that is how they manage to please us onscreen. Give us your comments on it. The actors ought to undergo plenty of pain to urge into the skin of the character. Typically they dive deep into the character which makes it difficult to come back. These techniques are not easy as we assume. Some actors and actresses even undergo surgeries to make them more presentable. Find out who they are. 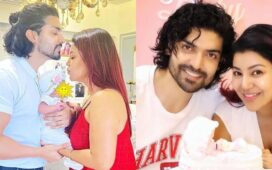