An admit card of a student named Kundan Kumar is going viral on the internet. He claims on his examination form that he is a son of Emraan Hashmi and Sunny Leone. The authorities at the Bhim Rao Ambedkar Bihar University were shocked when the screenshot of a BA 2nd-year student admit card which has gone viral on social media, was brought to their notice.

In the father column, the student wrote the name of famous Bollywood actor Emraan Hashmi and in the mother’s column, he wrote Sunny Leone. Emraan Hashmi took to Twitter and hilariously replied to this and wrote,

I swear he ain’t mine

I swear he ain’t mine 🙋🏼‍♂️ https://t.co/ARpJfqZGLT

Sunny Leone too, took to micro-blogging site Twitter and replied to a 20-year-old student from Bihar. She shared the photo of the admit card and wrote,

However, the university registrar Ram Krishna Thakur said that the inquiry has been ordered. He added,

“We have ordered an inquiry. It is obviously a mischief and the student might himself be responsible for the same. Based on the report of the inquiry further action will be taken,”

According to the sources,  attempts were being made to track down the student with the help of the Aadhar card number and the mobile number printed on his admit card.

Well, it was really hilarious. What do you guys think about it? Let us know in the comments below. 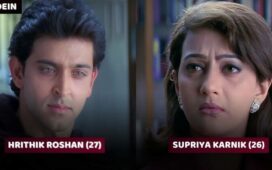