“Earlier, I used to get affected. I’d feel bad. Because I’ve never dealt with anything of this sort at such a big level. A bunch of strangers, whom I’ve never met, are writing things about me. They don’t even know if there’s any truth to it. People reading it assume that I’m ‘not a good person’. You feel like telling that person, ‘Ask me, I’ll give you an answer’. It disturbs me because I don’t want people to assume wrong things. But I’ve learnt to ignore it. Yet, there are some days when I do get affected.”

Aamir Khan and Kiran Rao announced their separation this Saturday. The duo has released an official joint statement about ending their 15 years of marriage. In the statement, Aamir and Kiran revealed that they were planning for separation for some time.  The duo said that they will raise their son Azad together. In the note, they said,

“We request our well-wishers for good wishes and blessings, and hope that – like us – you will see this divorce not as an end, but as the start of a new journey.”

Since the news of the Aamir Khan and Kiran Rao divorce broke out, people have started trolling Fatima Sana Shaikh. This is really not fair. What do you guys think about it? Share your opinion in the comments. 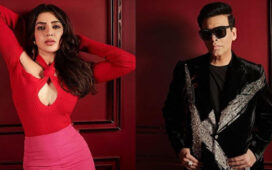