Very few couples in Bollywood give you solid couple goals. One of them is undoubtedly Genelia D’Souza and Riteish Deshmukh. The couple shares amazing chemistry, and their love for each other is not hidden from anyone. Riteish Deshmukh and Genelia D’Souza first met on the set of their debut Bollywood movie Tujhe Meri Kasam in the year 2003. They dated ten long years and finally tied the knot on February 3, 2012. The duo looks adorable together, and they never shy to express their love for each other.

On their 10th anniversary, Genelia D’Souza shared a lovely video with husband Riteish Deshmukh from the set of their upcoming movie, and it is full of love.

10years is definitely a milestone and knowing me, today would be just the 2 of us leaving town, celebrating, dancing, dining and endless hugs

But with tight schedules and work taking the better of us,

I realise, what is the true meaning of celebrating-

You directing for the first time and I get to be part of it,

together we put our sweat and blood and life into something we chose together and if this isn’t a celebration then what else is?

We’ve been partners in love, partnering parents, business partners and Thank God for #Vedd where we get to be partners who help each other, build dreams and try and fulfill it together 💚💚💚

Riteish Deshmukh is directing his first film in Marathi. His wife Genelia  D’Souza is also playing a special role in the film. The film stars many known Marathi actors like Ashok Saraf, Shubhankar Tawde. Jiya Shankar is making her debut in the film. Riteish Deshmukh and Genelia D’Souza you guys are really made for each other. Wishing you both a very Happy Marriage Anniversary.

From Neha Dhupia To Kareena Kapoor Khan; These Bollywood Actresses Did Shooting During Pregnancy 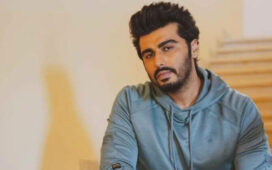