Two major releases this Friday, the first is Vicky Kaushal starrer Bhoot Part One The Haunted Ship and another is Ayushmann Khurrana and Jitendra Kumar starrer Shubh Mangal Zyada Saavdhan. It is based on a homos*xuality. Ayushmann Khurrana who is known for doing different stories, adds another feather in his hat.

It is a story of Kartik played by Ayushmann Khurrana who is gay and is in love with Aman Tripathi played by Jitendra Kumar. Aman’s father (Gajraj Rao) gets to know about his son being gay when he sees him kissing Kartik on a train. Things go out of control when their homos*xual relation comes in front of the relatives during Aman cousin’s marriage. The family members try to convince Aman, they do various rituals and his father tries to commit suicide. Aman gets ready for the marriage of his parent’s choice. But Kartik tries to convince him. Will Kartik and Aman will be together? Watch the movie for the same.

Be it Vicky Donor, Shubh Mangal Saavdhan, Badhaai Ho, Dream Girl or even Bala, Ayushmann Khurrana is known for doing different roles. He is adding another one to it and it is Shubh Mangal Zyada Saavdhan. The story of the movie has social relevance and kind of story needs to be told. It has been presented in the form of comedy and has been presented nicely. The writer and director Hitesh Kewalya has penned down and executed the amazing story with the laughter dose. The music is above average. We give Shubh Mangal Zyada Saavdhan 4 stars out of 5.

Have you watched the movie? How was it? If you are planning to watch another movie that is released today, read the reviews of Bhoot. Let us know in the comments below. 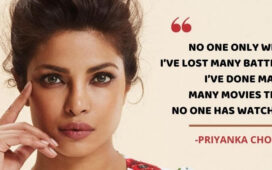