The makers of Bigg Boss are not leaving any stone unturned to keep excitement for the audiences. This season of Bigg Boss has more controversies than the tasks performed. There are many dramas, and emotions in the Bigg Boss’s house. Every day we see the contestants fighting with each other. The fights of  Asim Riaz and Paras Chhabra, Asim Riaz and Sidharth Shukla, Vishal Aaditya Singh and Madhurima Tuli, Rashami Desai and Sidharth Shukla are the talks of the town and are trending on twitter as well. In the recent episode, we see that the friends and family members of the contestants are coming inside the Bigg Boss house as a connection. Himanshi Khurana came as a connection for Asim Riaz who loves her.

In the recent sneak peek of Bigg Boss, we see Himanshi Khurana and Rashami Desai are talking to each other. Himanshi Khurana tells Rashami  Desai that she found Asim Riaz’s proposal filmy. She also told that its Asim’s close person who does not want her to confess. Watch out the promo below

After the promo got out, twitteratis came out in support for Asim Riaz and started blaming Himanshi Khurana for playing with Asim’s feelings. Most of them even started saying that she is at the Bigg Boss house to clear her image and not to support Asim. But now, things got cleared and we know which person stopped Himanshi Khurana to accept Asim’s proposal. Umar Riaz, brother of Asim Riaz was the person who told Himanshi Khurana to not get cozy in the show as their father also watches the show. He tweeted,

“I told #himanshi that my father watches the show and kindly maintain a line and not get cozy and not to be too vocal about the relationship if they love each other. My father doesn’t have problem with #Asim’s personal life but he wants him to focus on the game rite now! #KingAsim.”

However, Umar again tweeted and clarified the things again, check out his tweet

My last tweet has been misquoted. I never knew #asim is gonna propose to #himanshi inside. Her reaction to it was her own that she wants to take time in the relation and not hurry up and thats why she said that to #rashmi too. All i wanted was that they both shouldnt cross a line

Which contestant you guys are supporting at Bigg Boss 13? Who do you think deserves a trophy? Let us know in the comments below. 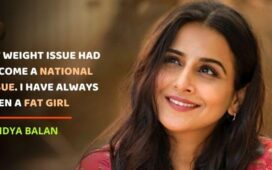