Bigg Boss 13 keeping its excitement and every episode brings drama, excitement, fight, and emotions. Whether it was Shehnaaz Gill-Himanshi Khurrana fight or Asim Riaz – Paras Chhabra fight. Bigg Boss 13 has more drama than other previous seasons. Today, you will see finally Madhurima Tuli breaks the wall of quietness. Madhurima Tuli who has made an entry in the Bigg Boss 13 as a Wild Card contestant, indulges in an ugly fight with Vishal Aditya Singh.

Madhurima who was quiet all this while, who was sitting and observing her co-contestants, will get into an ugly fight with non-other than her Vishal. Virima (As Fans Call them) was in the news for their stint in Nach Baliye and was seen fighting all the time.

Vishal will be seen blaming Madhurima for making him uncomfortable by entering the Big Boss House. She has made it very clear to him as well as to the audience that she is here for herself. Looks like finally, all the Virima fans will know the reason behind their constant fight and what actually happened, which left them with the ugly breakup.

Madhurima has given a statement before entering the house, “Vishal and I need closure so that everyone is at peace.” Will this fight give them closure or will it create new problems for them? But, soon after, you will see that Madhurima Tuli apologizes to Vishal Aditya Singh. Vishal proposed Madhurima and she accepts it. The chemistry between the two looks amazing and the duo looks beautiful together.

Siddharth Shukla has been sent to a secret room and he was joined by Paras Chhabra. The duo is watching the show and accordingly, they will plan the strategy. Which Bigg Boss contestant is your favorite? WHo you think will win the Bigg Boss? Let us know in the comments below. 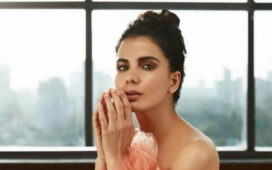