This Diwali there are three major releases Housefull 4, Made In China and Saand Ki Aankh. The biggest in all of them is Housefull 4. Housefull 4 is the fourth movie in the Housefull franchise. Akshay Kumar, Ritiesh Deshmukh, Bobby Deol, Kriti Sanon, Kriti Kharbanda, and Pooja Hegde starrer Housefull 4 disappoint you big time.

The movie starts in 2019, i.e. the present day. Harry portrayed by Akshay Kumar is in love with Neha, portrayed by Kriti Kharbanda, Max played by Bobby Deol loves Kriti played by Kriti Sanon and Roy played by Ritiesh Deshmukh loves Pooja portrayed by Pooja Hegde. These guys want to marry these girls because they are rich and they need to pay off their debt which they have taken from Michael Bhai played by Sharad Kelkar. They convince their father-in-law and plans for a destination wedding in Sitamgarh. They book a heritage resort in Sitamgarh and their Harry starts having nightmares.

Nightmares of his past life from 1419, 600 years ago where he was Rajkumar Bala Dev Singh. He recalls everything from the past and finds that everyone around him has been reincarnated. They all died with a curse of unfulfilled love. In this life, they need to complete their incomplete love story from the past. But now the biggest problem is they are currently marrying their bhabi from 1419. Harry needs to stop this and make this correct. Will he succeed? It is the story of Housefull 4.

Honestly, this movie Housefull 4 will give tough competition to the movies Himmatwala and Humshakals. The story of this movie disappoints and it is the worst movie in the Housefull franchise. Sara Bodinar and Sajid Nadiadwala have written the script for the movie. The screenplay is confusing which will not make you connect with the movie.  Housefull 4 is said to be a comedy movie, but the movie lacks in comedy and fun only. The one-liners are somewhat good, but still not convincing. Farhad Samji is the director of this movie. The costumes from both the phases were somewhere justified. You will hardly remember any song from this movie. Akshay Kumarcoming after the success of Mission Mangal tried hard to justify his role but the story is so bad that probably he may also not be able to save this one. Overall the movie will disappoint you. We give this movie 2 stars out of 5.

Have you watched this movie? How did you like? Let us know in the comments below. 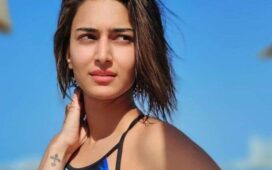