The Internet is an amazing place. You can find anything interesting and anything embarrassing super easily here. If you want to look for things concerning a celebrity internet could be your best friend. Out of many celebrities whose controversies go viral on the internet, today’s controversial celebrity is Kareena Kapoor Khan. Although her tale is old, it still goes viral on the internet.

Kareena Kapoor Khan’s old video of receiving an award “gracelessly” stirs the internet. So much so that the fans are labeling her as a “spoilt brat.” If you are curious about the whole scoop, you are at the right place. Furthermore, all we’d like to say is don’t wait and read on.

Kareena Kapoor Trolled On The Internet

Kareena Kapoor Khan is receiving a lot of trolling on the internet. In the old video that is now going viral, Bebo is seen walking up to the stage to receive an award. This 2-decade-old video is creating a lot of stir because of the manner in which she went to receive the award. Her walk to the stage is called “arrogant” by netizens. Furthermore, netizens even felt that it was more like “snatching the award and leaving,” which is super graceless on her part.

Dressed in black, one can see Kareena walking up to the stage. With no interaction or hand-shake with the hosts, she left the stage “passive-aggressively,” say fans.  Check out the video,

Netizens Are Commenting On The Viral Video

People are of different opinions about the viral video. While many believe that the way Kareena received the award was graceless, some beg to differ. Here are some comments that netizens are making on the viral video.

One user has written, “What was this walk ffs! Such a spoilt brat Kareena was.”

“I just saw who the guy was that she grabbed the award from, it’s Aftab Shivdasani, poor guy looks scared,” said another user.

The next comment was,  “She’s always been a brat. All this Oh So ReAL insta image is because she’s out of the running now and doesn’t have to care. She’s lucky there was no social media when she was at her peak.”

Furthermore, another fan called her a ‘snob’, adding, “Kareena should have learnt to be gracious.”

One fan even came up with speculation regarding why Kareena looks so arrogant in the video. The user wrote, “She was unhappy with the zee award organizers for giving the best debutant female award to Ameesha Patel and the irrelevant Lux fresh face award to her.”

It is worth noting that Kareena was actually supposed to star in Kaho Na Pyaar Hai. However, due to certain reasons, she was dropped from the film after shooting certain portions.

What are your views on the viral video from 2001? Does Kareena really seem like an arrogant debutant, or is it not like that? Do tell us via the comments below. 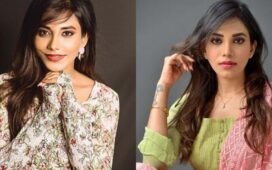