Akshay Kumar is one of the busiest actors in Bollywood. His list of upcoming projects keeps on growing. His upcoming movies are Sooryavanshi, Bell Bottom, Atrangi Re, Bachchan Pandey, Prithviraj, and Ram Setu. Now the actor is all set for another big-budget project Housefull 5. Akshay Kumar is the main actor in the Housefull franchise. He did all the previous four installments. Housefull is one of the most hilarious franchises in Bollywood. The fourth installment of the Housefull franchise Housefull 4 earned more than 200 crores at the box office.

Producer Sajid Nadiadwala and Akshay Kumar are all set for the fifth installment of the Housefull franchise. This time, they are bringing the biggest cast for the Housefull 5. The makers are planning to bring all the major characters from the previous installments. The fifth installment will mark the return of Deepika Padukone, John Abraham, Kriti Sanon, Jacqueline Fernandez, Abhishek Bachchan, and many more for this huge project. According to the sources,

“Housefull 5 will mark the return of Deepika Padukone, Kriti Sanon, John Abraham, Abhishek Bachchan, Jacqueline Fernandez and others from the previous four installments to the project. It is being envisioned on a huge scale. The idea has been locked and the cast has been spoken to, already.”

The idea is to shoot this installment as the biggest Indian film ever made in history. According to the reports,

“It will be a huge ensemble cast since all the characters are coming back together for the fifth installment. Sajid along with his team are working on the script and plan to shoot the movie in Imax format. Last films shot in Bollywood in the format include Bahubali & Padmavaat. With this Sajid & Akshay are making their own Comedy Avenger Universe and they plan to go all out for this one.”

The excitement for Housefull 5 is at its peak. With such a huge star cast, the makers are set to make a new benchmark with the fifth installment of Housefull 5. 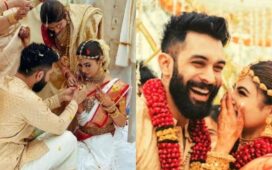