Ibrahim Ali Khan’s uncanny resemblance with his father is not hidden from anyone. In one of the interviews with Hello! magazine, Ibrahim opened up about his physical resemblance to his father Saif Ali Khan. He said,

“There are scenarios where people, whether it’s an old relative, my mother or a family friend – tell me, ‘Oh my god, you’re just like him (Saif) and he does that too!’ I guess maybe we are similar but I wouldn’t know that… But regardless, he is special to me. He is also my guide when it comes to man-to-man conversations.”

Even, on the occasion of Bhai Dooj, Sara had posted a photo with Ibrahim in traditional attires. The brother-sister duo looks amazing together.

During Christmas, the brother-sister duo clicked a photo and they both are looking so adorable together, aren’t they?

Sara welcomed the new year 2021 with a photo with his brother. She posted a photo of their New Year night by the bonfire. In her caption, Sara wrote,

Have you checked the photos? Aren’t the brother-sister duo look identical to their parents? Let us know in the comments below. 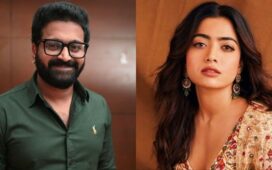