The Fans Are Accusing The Makers Of The Show In the latest episode, we have seen that the nominated contestants of Bigg Boss stepped out of the house and went to Inorbit mall of Mumbai. There, the contestants competed in live voting. We have seen Hina Khan, Shilpa Shinde, and Vikas Gupta getting a huge pop from the crowd.

According to buzz, Luv Tyagi was least popular and the hype that was generated by him was quite less. Therefore it is predicted that Luv Tyagi will be evicted this week. We all know that the odds are against Luv but we know that he is no stranger to such situation as he was chronically on the verge of elimination but somehow he managed to survive in the game.

The Fans Are Accusing The Makers

Elimination based on regional votes is wrong.
BiggBoss worst decision.
To save Mr. Vikas
Makers plan to eliminate Luv TYAGI.
All three are from Mumbai.
Luv Tyagi from Delhi.#BB11 #BiggBoss11

#UnfairDecisionForLuv If luv tyagi ji gets evicted then
I will not watch bigg boss ever
I will not watch colors tv
I will un follow bigboss page
I will un install voot app @colorstv proov that u r not scripted pic.twitter.com/BF9fekalEX

No Dis time its so not fair! #LuvTyagi is a commoner n not frm Mumbai its diffcult 4 him 2 compete wd d celebs!!Thts BB's plan 2 evict #Luv n save Vikas,Cz its difficult 4 Vikas 2 compete #Luv in voting!? #UnfairDecisionForLuv #BB11 @rajcheerfull Shame on u!

Unfair! One Mall cannot decide anyone's fate! This is so not fair , BB is hell-bent to evict #Luv but he deserves to be the finalist n we want #LuvTyagi in the show at any rate! @BiggBoss @rajcheerfull @ColorsTV @EndemolShineIND #UnfairDecisionForLuv https://t.co/qYM2vaxn75

Tyagi’s Bigg Boss journey was interesting. He won the BB ticket for the finale but it is valid if he safe from the elimination. Many posted on social media that the makers are planning to get rid of Luv.

What do you say about this shocking eviction? Share your thoughts.

Also check, who misbehaved with Hina Khan in Inorbit Mall. 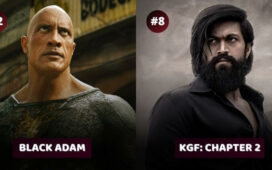