She Did Not Reveal To Police Sushant Singh Rajput’s suicide has given the heat to probably the most controversial topics of Bollywood, Nepotism. It has shocked the entire nation. The people have started talking about nepotism. Many actors have opened up on nepotism. They revealed that they are not preferred just because they do not have a filmy background. Netizens slammed star kids, and people like Karan Johar and Salman Khan and blamed them for Sushant Singh Rajput’s death. Recently, the famous singer Sonu Nigam opened up on this topic and said that nepotism also exists in the music industry. Through his vlog, Sonu Nigam told,

“I have a request for our music companies. Recently, actor Sushant Singh Rajput died. Tomorrow you could hear about a singer, or a music composer or a writer. The mafia that exists in the music industry is bigger than that in films, unfortunately. I can understand that it is important for people to do business and everybody wants to rule it. I was lucky that I came here at a younger age and could avoid the trap. But the younger kids who have just arrived in the industry, it is very tough for them. I talk to many young girls and boys who keep telling me this and that. They are troubled.”

In the video, Sonu Nigam told about how two music companies are ruling and have the power to destroy the career of anyone.

“(What happens is that the) Producer, director, and the music composer, all are ready to work but then the music company says, ‘this isn’t our artist’. I can understand that you guys control the music on radio, films, etc. But please don’t do this. This isn’t right. The power lies with two people of the music industry, owning two companies.”

Now, Sonu Nigam has uploaded a new video, in which he has directly taken the name of T-Series Managing Director,  Bhushan Kumar. He warned Bhushan Kumar not to mess with him. Sonu Nigam started the video and told,

Sonu told that he had not taken the name of anyone and respectfully tried to make the music industry understand to be kind to the artists and the singers. However, the music mafia is against him. Sonu told,

He directly took the name of Bhushan Kumar and warned him not to mess with him. Sonu Nigam also reminded him when he saved him from the gangster.

Check out the full video below.

Sonu Nigam has started a war against the music industry. It will not end quickly. Do you guys agree with Sonu Nigam? Let us know in the comments below. 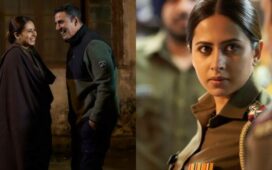