Trailer Of Blackmail Is Out, Check Out How A Husband Deals With His Infidel Wife

He Doesn't Kill His Wife Or Her Lover The trailer for the black comedy-drama film, Blackmail is out and it has pleased everyone to the gills. Co-produced and directed by Abhinay Deo, the film Starrs Irrfan Khan in the lead role who plays the blackmailer. Besides, Irrfan Khan, the film also Starrs, Kirti Kulhari, Divya Dutta, Arunoday Singh and Omi Vaidya.

The trailer starts, Dev is seen having a great time with his friend. He told him a joke, “One day a man (Irrfan Khan) went home early in order to surprise his wife (Kirti Kulhari). However, he gets surprised when he saw his wife with another man (Arunoday Singh). The husband had three options. First is to kill the other man. Second is to kill his wife.” But he chose the third option which was to blackmail them.

Blackmailing Put Him In The Danger

Dev starts blackmailing his wife and her boyfriend and asks for the amount of Rs 1 Lakh. The boyfriend, Arunoday Singh could not manage the money all by himself. So the money arrangement process gave birth to several strange and dangerous events which are eventually hilarious. There also comes a time when Dev has to pay his own money to the blackmailer.

The blackmailing stuff is far from over as there are some secrets of Dev, some other guys get aware of them and they start blackmailing him. The trailer also flashed some of the coolest dialogues which suit the mean character of Dev. Besides that, it got a twisted plot that will keep everyone guessing. Another interesting thing about the movie is that it encompasses an item number of Urmila Matondkar.

The trailer of the movie seems quite promising it adds another movie on our wish list. What do you say? Will you watch the movie, the movie is scheduled to release on 6 April 2018? Share your thoughts about the trailer in the comments.

Also, check the trailer for Baaghi 2. Tiger Shroff has taken the action to a whole new level. 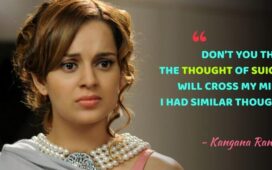