Uri: The Surgical Strike Movie Trailer Based On The 2016 Operation Is Out And Energizing - Check Video Here

Uri: The Surgical Strike Movie Trailer Based On The 2016 Operation Is Out And Energizing – Check Video Here

This is looking very promising

The movie starring Vicky Kaushal, Yami Gautam, and Paresh Rawal, Uri: The Surgical Strike movie trailer has been released. It looks action packed and thrilling and it is a promising military drama which was long waited for. The two and a half minute trailer has sent Bollywood fans in a frenzy and is getting shared everywhere and is going viral. In addition, Director and writer Aditya Dar has a done justice to this Ronnie Screwvala production and has a gripping tale ready for the audience.

Furthermore, The trailer starts with the background of the operation. It goes,

“On 18 September 2016, 19 unarmed Indian soldiers were martyred at Uri base came, Kashmir.”

In addition, The role of Vihaan Singh Shergill, an army officer is played by Vicky Kaushal. He pledges to destroy the enemies and bring home the captive soldiers safely. Paresh Rawal can be seen suggesting the surgical strike to senior authorities in the trailer.

Furthermore, This movie is based on the response attach done by the Indian Army’s Special Forces on September 29, 2016. The official synopsis of the movie is,

“A defining moment in India’s military history. A moment that paved a path to a new, stronger India. Presenting URI.”

In addition, Yami Gautam plays the role of an intelligence officer. Like always, she has a power-packed performance going on, which will surely be a delight to watch on screen.

In addition, When asked about the film, the director of the movie Dhar had earlier added that,

“This is the story of what happened in those eleven days. It’s an honour and very reassuring to be backed by Ronnie Screwvala and to execute on this vision and what we believe is an engaging and thrilling story inspired by this true-life incident.”

In conclusion, the movie is expected to hit the theatres on Jan 11, 2019. We surely are looking forward to this action-packed movie which is really promising. What do you think about the movie? Let us know in the comments below. Check out the Simmba movie trailer was released. 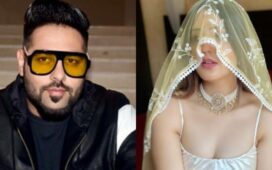