Pooja Chopra is a Bollywood actress who made her name by herself. She is not a product of nepotism. Pooja won the title of Miss India World in 2009. Not everyone knows that Pooja is the first Indian to win the “Beauty With A Purpose” title at the Miss India World competition for India. Pooja Chopra was awarded the Times Most Powerful Woman Award for her contribution in the acting field. She was also featured in the Times India list of  50 Most Beautiful Women 2009, which features India’s most beautiful faces. Success does not come overnight, it takes a lot of your hard work and struggle. The inspirational story of Pooja Chopra will melt your heart. She tells that her father did not want to bring her to this world. She credits her mother for her success.

Her Father Did Not Want A Daughter

Pooja Chopra was abandoned by her father at birth since he wanted a boy. Her mother, Neera had to leave her marital home since she refused to admit Pooja to an orphanage in Kolkata. She moved to Mumbai with her both daughters. Pooja Chopra said in an interview,

“When I was in the womb, my father declared that he did not want a girl. After my birth, my father did not come to see me and my mother in the hospital. Pursuing this further, he expelled my mother from the house when I was only 20-days-old.”

“He gave an ultimatum to my mom to choose between him and me. My mother chose me and came back to Mumbai”

Pooja calls her mother a fighter. She told that her mother had struggled a lot while raising her and her sister.

Pooja Chopra made her acting debut in 2008 with the Bollywood movie Fashion. She played a minor role in the film. However, she made her debut as a lead actress back in 2011 with a Tamil movie, Ponna Shankar. In the movie, she played the role of Princess Muthaayi. Her mainstream career in Bollywood started with the movie “Commando – A One Man Army” opposite Vidyut Jammwal. She played the role of Captain Maya Semwal in the movie Aiyaary.

She played the role of Avantika in the movie Babloo Bachelor opposite Sharman Joshi and Tejashri Pradhan. The audience has appreciated her performance in the movie.

Pooja won the ‘Beauty With a Purpose’ title at Miss World 2009. It was based on her charitable work in the India ‘Nanhi Kali’ project on 12 December 2009. She won US$10,000 for her project. Pooja donated to the NGO which helps small girls fight poverty. She also donated part of her Aiyaary movie earnings to families of Martyred Soldiers post Pulwama attack in 2019. Pooja also launched the Asian Heart Institute Initiative ‘Happy Heart India’ campaign along with Akshay Kumar for underprivileged children in 2018. Pooja has given a TED Talk on the subject of “Write your own destiny: Journey of a once abandoned girl child.”

The story of Pooja Chopra is heart-touching, emotional, and inspirational. She is an actress who also sets an example that no matter how unfavorable the conditions are, we should not quit and we can achieve our dreams. What do you say? Share your thoughts in the comments. 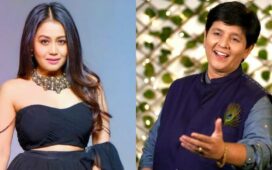