The box office performance of Laal Singh Chaddha was poor. On August 11, the film starring Kareena Kapoor and Aamir Khan was released. The long Raksha Bandhan weekend still was not enough for the film to do well. It is the official remake of the 1994 film Forrest Gump. Laal Singh Chaddha had great hopes for the film’s box office success. The movie Laal Singh Chaddha’s writer is the actor-writer Atul Kulkarni. Advait Chandan is the director of the film. It features Mona Singh in addition to Aamir and Kareena, and it is Naga Chaitanya’s Bollywood debut. Here’s what Vivek Agnihotri says on Kareena’s comment about the Laal Singh Chaddha boycott trend.

While talking to Siddharth Kannan, Kareena Kapoor stated that the boycott outrage could not affect the film. Kareena said,

Later, when the film is getting affected by the boycott trend, Kareena Kapoor requested people to watch her film. She said,

“The fact is that they shouldn’t boycott this film; it’s such a beautiful film. I want people to see me and Aamir (Khan) on screen. It’s been three years; we’ve waited so long. So, please don’t boycott this film, because it’s actually like boycotting good cinema. People have worked so hard on it; we’ve had 250 people work on this film for two-and-a-half years.”

Vivek Agnihotri, a filmmaker, has commented on the controversy surrounding Aamir Khan’s most recent movie, “Laal Singh Chaddha.” On social media, there have been calls for a boycott of it. The Kashmir Files, Vivek’s latest successful film, received both critical and commercial acclaim. In his tweet, he criticizes Bollywood for remaining silent when his “small film” had a similar situation at the time of its release. The Kashmir Files also faced a boycott on the internet. It was supposedly for inciting hatred toward the Muslim community.

Vivek criticized Bollywood in a series of tweets. He remarked on how hypocritical it was for some to remain silent when some people “ganged up” against The Kashmir Files. He tweeted,

“When Good Content Small films are sabotaged, boycotted by the Dons of Bollywood when their shows are taken away by Multiplexes when critics gang up against small films… nobody thinks of 250 poor people who worked hard on that film. #Bollywood.”

When Good Content Small films are sabotaged, boycotted by the Dons of Bollywood, when their shows are taken away by Multiplexes, when critics gang up against small films… nobody thinks of 250 poor people who worked hard on that film. #Bollywood

Vivek was hinting at Kareena Kapoor’s statement made in an interview for the film Laal Singh Chaddha. She urged people to see the movie because 250 people have been working on it for two and a half years.

The movie gained attention before its release when the hashtag “boycott Laal Singh Chaddha” became popular on Twitter. Many stars, like Aamir, Kareena, Advait, and others, responded to the boycott trend against the movie. This might be a contributing cause to the movie’s underwhelming box office result. 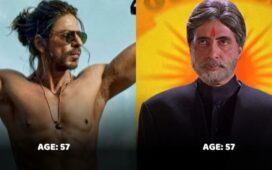