Trailer Of 102 Not Out Is Out; Bond Shown Between Amitabh Bachchan And Rishi Kapoor Is Delight to Watch

One of the best parts of the film is that Amitabh Bachchan and Rishi Kapoor are reuniting after three decades for 102 Not Out. We all know the reunion will bring the never seen entertainment. Rishi Kapoor said that the relations between him and Amitabh were not pleasing in the earlier days. However, when speaking about the film, both legends have said they enjoyed working with each other again after many years and praised each other’s work, putting a rest to the rumors that there was still tension between them

Based On A Gujarati Play 102 Not Out

The story is based on a Gujarati play of the same name. The comedy-drama play was written by Saumya Joshi.  The plot of the movie encompasses an unusual love story between a father and a son. The father is trying to break the record of being the oldest man alive. In the story, a Chinese is the previous record holder.

Amitabh is seen in the teaser as an enthusiastic and cheerful person. Rishi Kapoor is playing the character that is weaker and unhealthier than his father. The teaser of the film is somewhat pleasing. It seems like the 102-year-old character is flourishing humor in the story.

Amitabh Bachchan’s dialogue at the end of the trailer is somewhat unusual as well as funny.

Watch out Twitterati’s reaction on the trailer

What can I say about these 2 rockstars !!! Just that I am very lucky to have them as my leading men. Love and hugs to my heroes @SrBachchan and @chintskap Would love to see this one soon 🙂 #102NotOut #102NotOutTrailer https://t.co/uWjvFsIul6

Releasing on 4th May, 102 Not Out will definitely be a delight to watch. Check out few movies of Legendary Amitabh Bachchan which are not released. 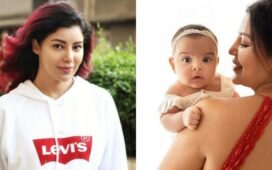